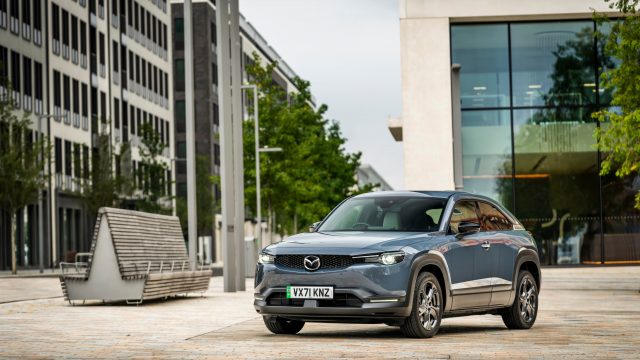 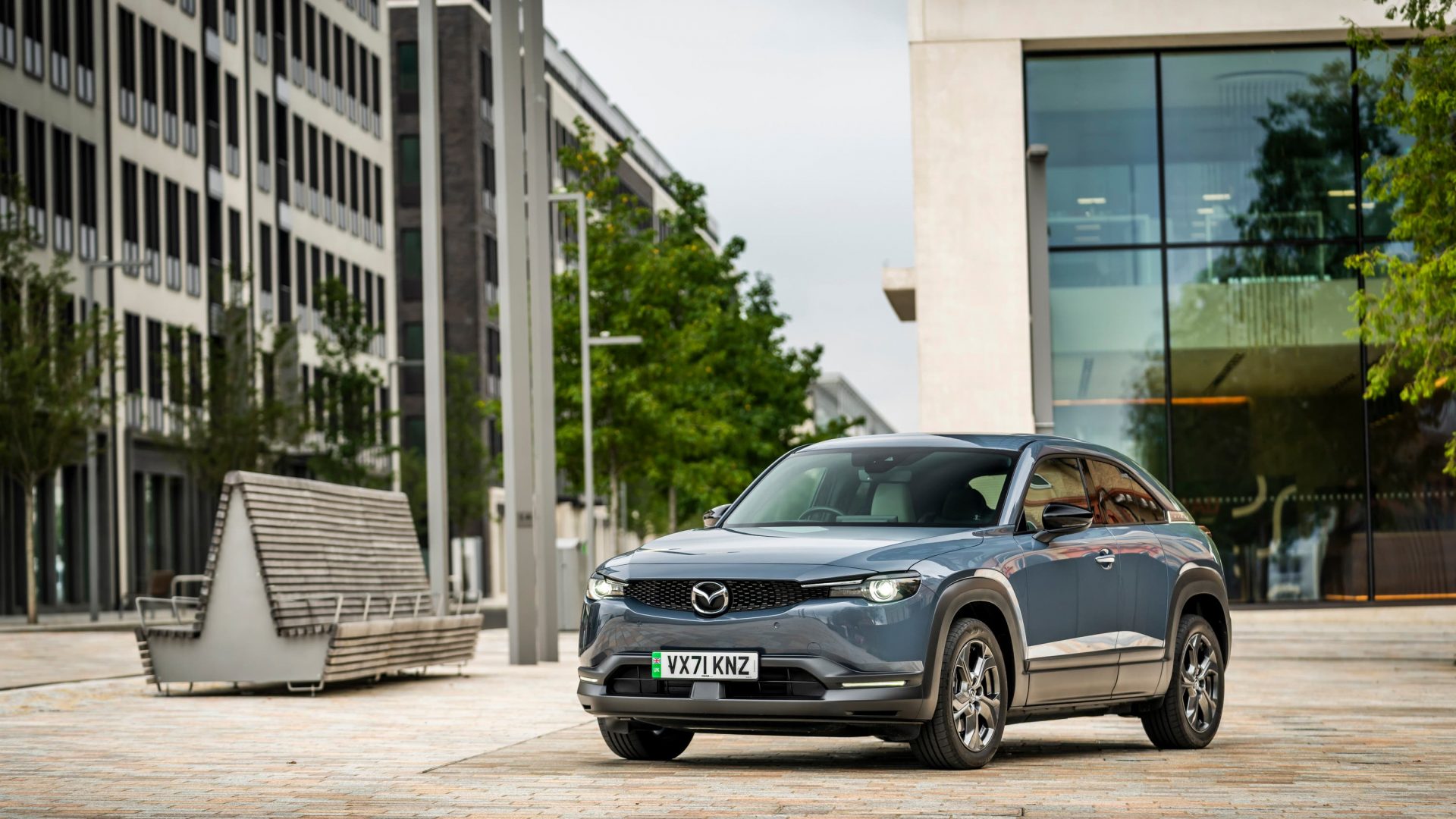 An updated Mazda MX-30 has arrived in UK dealerships with a number of improvements now available to British buyers.

The freshened-up EV brings improved charging as well as a series of new interior and exterior colour schemes.

Launched in 2021, the MX-30 utilises an electric motor linked to a 35.5kWh battery capable of returning up to 124 miles.

The model, which arrived as arriving as Mazda’s first production battery EV, has proved incredibly popular since it was first released with more than 2,180 units being sold in the UK alone.

It has now been given a host of upgrades to bring it up to speed for 2022 with a boosted charging speed – increased from 40kW to 50kW – the main change.

This improved DC charging performance means that the MX-30’s charge time has been reduced, with a rapid charging time of 26 minutes some ten minutes quicker than before.

Mazda has also tweaked the ‘sound’ that the MX-30 makes, with the frequency of the sound played through the speakers ‘more aligned with other sounds heard when the car is running’.

In theory, this is meant to help the driver ‘subconsciously recognise the amount of torque being generated by the power unit’.

During the production of the Mazda MX-30, leftover cork shavings and scraps inevitably occur – and it is this excess material that finds its way into the interior of our first electric car. pic.twitter.com/5yN2Wy2GrZ

The updated MX-30 also benefits from new colour schemes for both the interior and exterior. Standard equipment levels remain good, with all cars receiving LED headlights with daytime running lights, a reversing camera and radar cruise control. A head-up display is included, too. 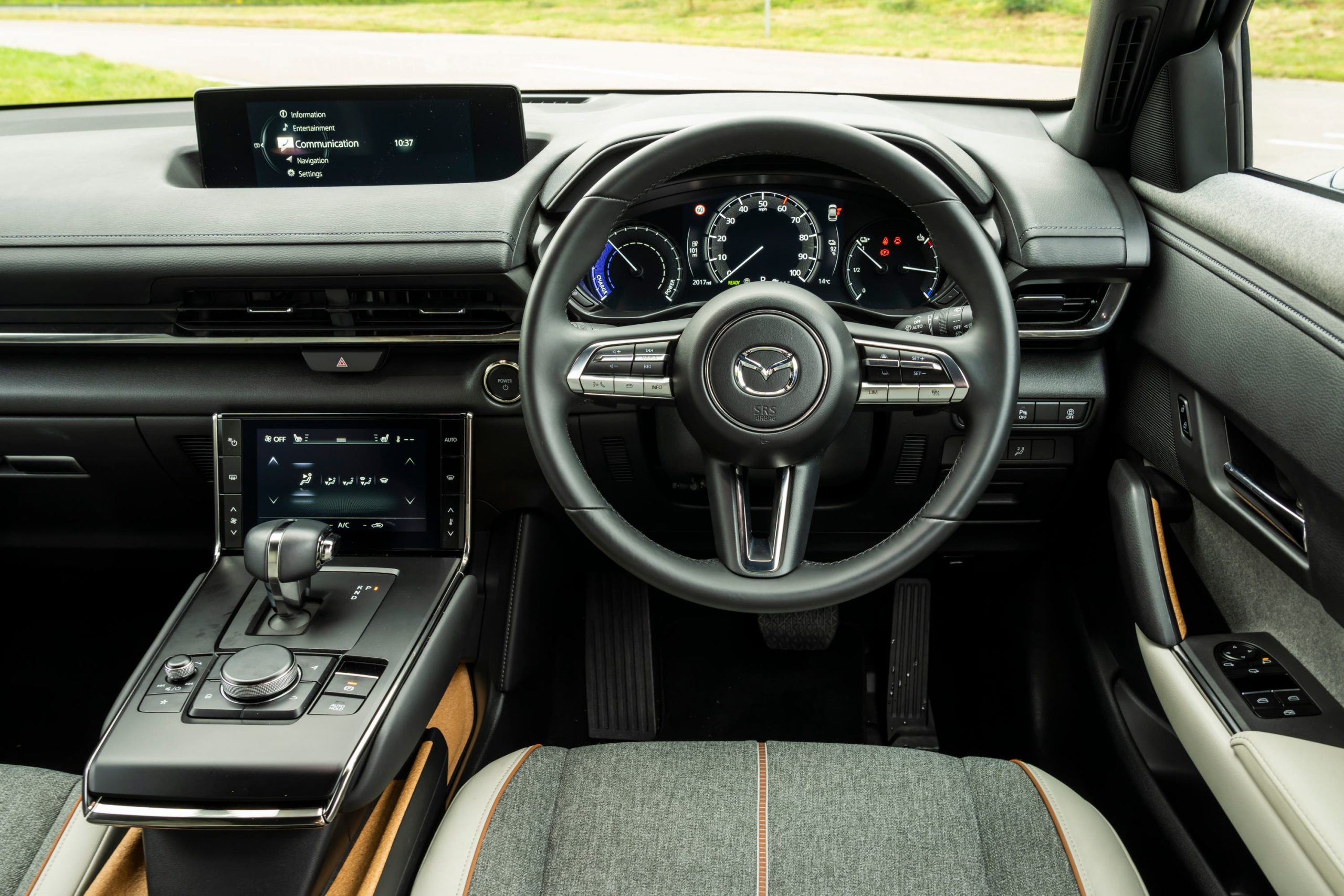 It has also been given extra equipment over the previous MX-30, gaining features such as power seats, lumbar support adjustment and smart keyless entry.

It can also be specified with a three-tone design, with Mazda’s latest exterior colour ‘Zircon Sand’ as well as ‘Soul Red Crystal’ matched to a black roof and black side panels.