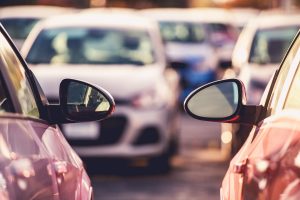 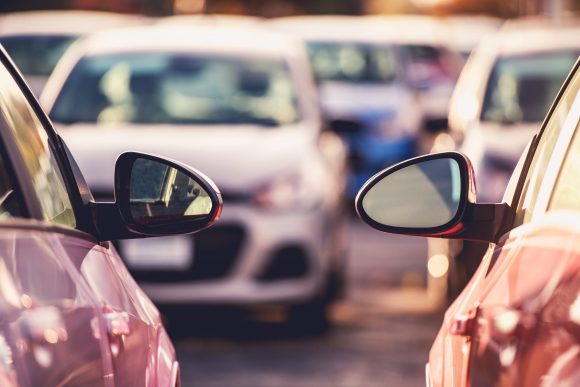 Modern cars are so big now that drivers are getting into a bit of a tight spot when parking.

Online car marketplace CarGurus has found that the UK’s most popular vehicles are now some 55 per cent larger than their counterparts of the 1970s when parking space guidelines were originally drawn up.

But although cars have ballooned since, the guidelines have stayed the same, leaving many motorists struggling to get out of their cars once they’ve carefully edged their way into their parking slot.

The biggest car – a Range Rover – takes up 86 per cent of a parking space, leaving just 21cm of clearance for the driver.

The 1970s Range Rover took up just 69 per cent of the space – roughly the same as a modern Ford Focus.

And according to CarGurus, the Audi A4, BMW 3 Series, BMW 5 Series, Ford Focus, Ford Mondeo, Mercedes E-Class, Peugeot 308, Vauxhall Insignia and VW Passat all leave less than 30cm for the driver to get out.

The Honda Civic – now in its 10th generation – has had one of the greatest growth spurts of any car on sale and now takes up 71 per cent of a parking slot versus 49 per cent for the first generation.

Although the Civic is a relatively small family hatchback by modern standards, the driver only has 30cm to exit the car while trying to preserve their dignity.

CarGurus.co.uk editor Chris Knapman said: “It’s understandable why cars have grown so much over the years, and the dramatically improved safety standards of modern cars versus those of years gone by is an obvious benefit.

‘However, as many motorists will no doubt confirm, it’s disappointing that parking space guidelines haven’t been updated accordingly.

‘Many of the latest cars are at least available with technology to help with parking, including sensors, reversing cameras, 360-degree view cameras and automatic parallel and bay parking functions.

‘Some even equip cars with features to help prevent car park damage, such as door edge protectors and Citroen’s Airbump technology.

‘However, no matter how easy the technology makes it to park, if the space is too small for your car, none of it will help you to physically squeeze out of the driver’s seat!’