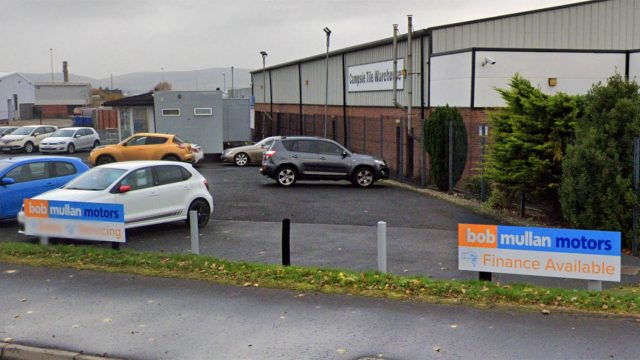 Family-run dealership Bob Mullan Motors is to shut up shop after more than 40 years following its founder’s death from Covid.

The independent firm, which is in Eglinton and became one of the largest dealerships in Northern Ireland, made the shock announcement on St Patrick’s Day via its Facebook page.

It said it hadn’t been an easy decision, but following the death of its eponymous founder last September from Covid ‘without him there is no Bob Mullan Motors’.

In the statement, the dealership said: ‘It is with deep regret that we have decided as a family to close Bob Mullan Motors.

‘This has not in any way been an easy decision and not one we ever thought we would be faced with.

‘Our father started this company over 40 years ago and it has been a major part of both his and our lives.

‘As hard as it is to make this decision, to us he was the heart and soul of the business and without him there is no Bob Mullan Motors.’

The announcement includes a slideshow to the poignant song My Forever Friend performed by Charlie Landsborough.

It adds: ‘We are so proud of everything that he accomplished throughout his years in the business, and the respect that he has gained from those in the car industry, and also the community far and wide.

‘We would like to take this opportunity to thank all the staff who have worked for the company throughout the years and all of our customers for your continuous support from beginning to end.’ 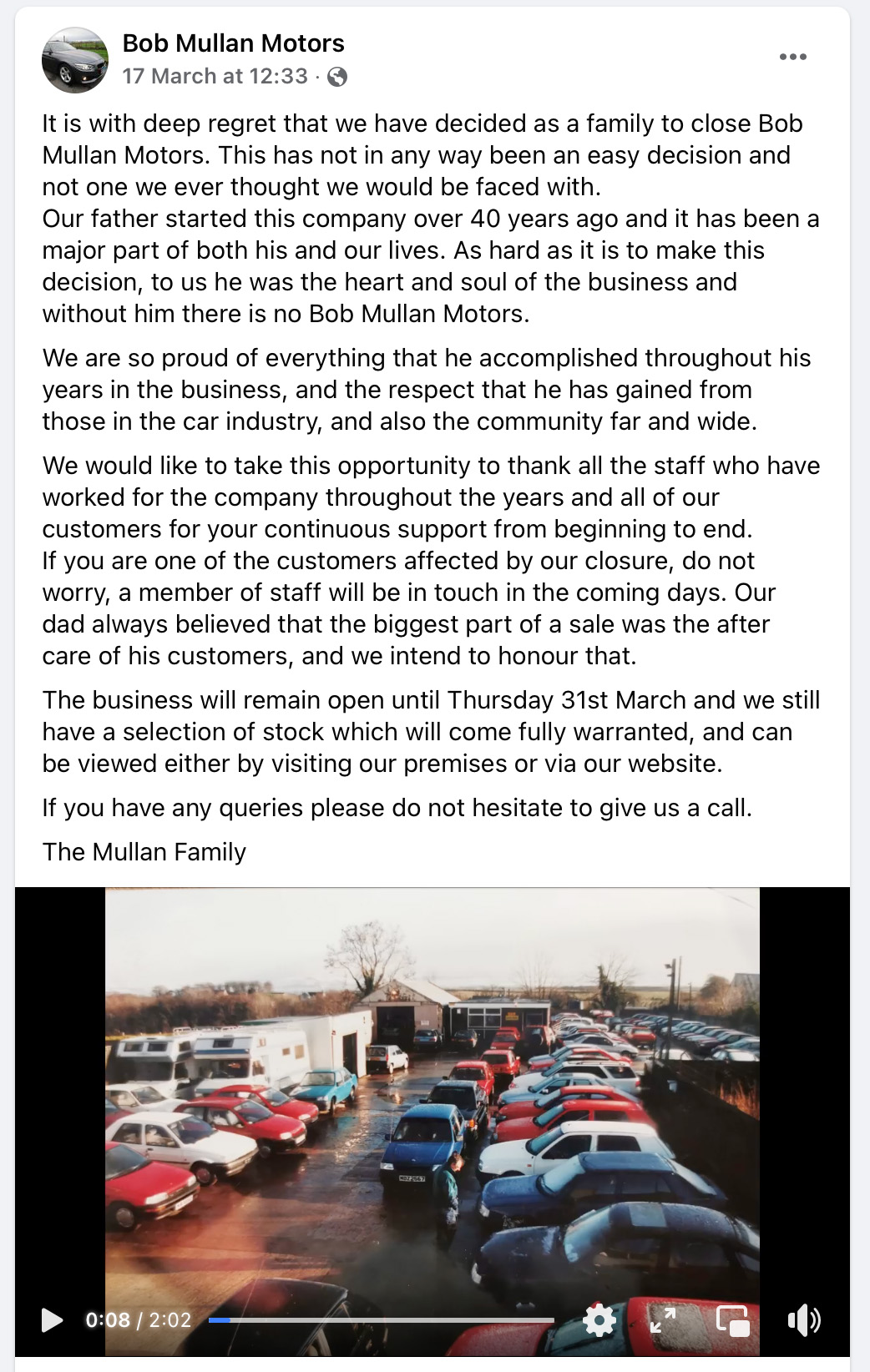 The dealership will stay open until March 31 and staff are to contact customers affected by the closure.

‘Our dad always believed that the biggest part of a sale was the after care of his customers, and we intend to honour that,’ said the statement.

Bob Mullan established the business in Ballykelly in 1980, making it one of the first large-scale dealerships in Northern Ireland, reported Belfast Live.

The dealership then moved to the Campsie Industrial Estate.

Because of restrictions, the family had been unable to say their goodbyes to Mullan properly, and a video call was organised by nurses at Altnagelvin Hospital before he deteriorated, reported the Northern Constitution newspaper at the time.

When he died, daughter Elaine O’Hara told the publication that the family had been left heartbroken.

‘Dad had just turned 69 and we thought we would have many more years with him yet. We are heartbroken that Covid has cut that time short,’ she was quoted as saying.

‘Losing someone so close is devastating in itself, but not being able to say goodbye properly has just added to our grief.’

She added: ‘We are so proud of everything dad has achieved throughout his life, but we are most proud of his kindness and generosity towards us as a family and anyone who was lucky enough to cross paths with him.

‘He was so trusting and saw the good in everyone. He was such a kind-hearted man.

‘He always stayed positive and no matter what the situation he always knew a way out of it. He was our hero.’