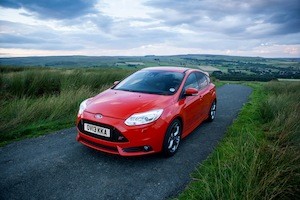 Car models aged nine years or older had a good year in 2013 with annual sales rising by more than six per cent making it the most popular age category for used cars. Sales of more recent models aged three to six years and six to nine years both dropped by 4.4 per cent.

For the second year running,the Ford Focus kept its crown as the best selling used car in the UK with a 3.67 per cent increase in sales this year up to 312,221 from 301,154 in 2012. It was closely followed by the Ford Fiesta and the Vauxhall Corsa both selling more than three million models.

Experian’s figures show the biggest growth in used car sales came from larger models with the MPV and 4×4 categories both on the rise (4.6 per cent and 4.3 per cent respectively). The most popular selling MPV was the Vauxhall Zafira with just under 100,000 units sold in 2013.

Meanwhile, alternative fuel models have been seeing double digit growth since records began and 2013 did not break this trend. Sales of hybrid cars were up by 31.8 per cent while electric cars experienced a 20.2 per cent uplift in sales. The Toyota Prius was still the star model of the hybrid segment, dominating 40 per cent of sales in that category and the Nissan Leaf was the best-selling electric model in 2013.

Keith Ambrose, managing director of Experian Automotive, said: ‘Used Car sales data allows automotive organisations to recognise the preferences of their customers and fulfil their requirements at a geographical level. This means they adopt a much more personalised service to increase sales opportunities and encourage growth.

‘The 2013 figures reveal that car buyers are increasingly turning to older used car models. However, the older a car is, the longer its history will be and it’s imperative that car buyers safeguard themselves by getting a full history check.’