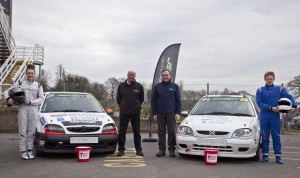 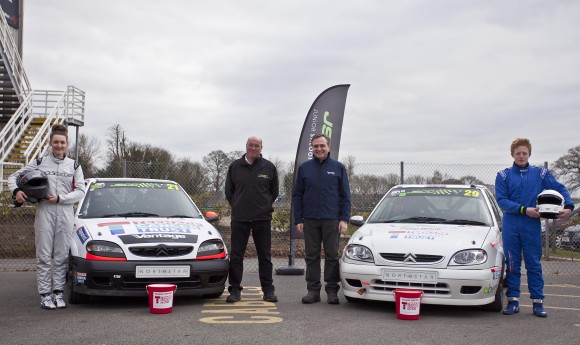 Vantage has pledged £5,000 which will go to the Teenage Cancer Trust and also allows the entry of a scholarship car to this year’s championship which is now underway.

The JSCC, now in its third year, is designed to allow young racing drivers between the ages of 14-17 to bridge the gap between karts and car. The championship is also seeking to raise funds for the Teenage Cancer Trust which creates world-class cancer services for young people aged 13-24.

Following a scholarship event held at Silverstone which pitted aspiring young drivers against each other, Emily Glanvill won the race to compete in this year’s championship alongside Finlay Robinson – son of Vantage’s Managing Director, Mark Robinson.

Organised by Northstar Motorsport Ltd with the help of the British Automobile Racing Club (BARC), the 2016 championship is the biggest yet with 14 rounds held over seven weekends at seven different tracks, including the world-famous Silverstone Circuit.

Mark said: ‘We decided to sponsor this year’s JSCC scholarship as it presents one of the best opportunities to encourage the development of the next generation of British racing champions and also to promote an extremely worthy charity in the Teenage Cancer Trust.

‘The Teenage Cancer Trust is the only charity which provides expert care exclusively for young people who have been diagnosed with cancer and we hope to use the JSCC to spread the word about their incredible work – I have teenage children myself so know how important this issue is.’

JSCC race organiser, Dave Beecroft said: ‘It is fantastic to have the support of Vantage which has helped to enable this year’s championship to take place, allowing youngsters to fulfil their motorsport dream.

‘There are very few opportunities for aspiring drivers under the age of 16 to get behind the wheel and the JSCC relies on sponsorship for events like this to take place.

‘This year’s championship is set to be the biggest yet and we’re excited to see how it pans out throughout season!’

The championship has now kicked off following race one and two held at Oulton Park Circuit last weekend.

MORE: CDX16: 120 guests sign up for WITMI in its second year

On SuperUnleaded.com: Want To See A Phone-controlled Car?