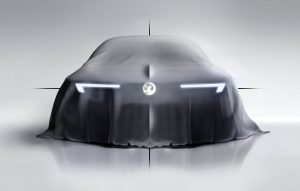 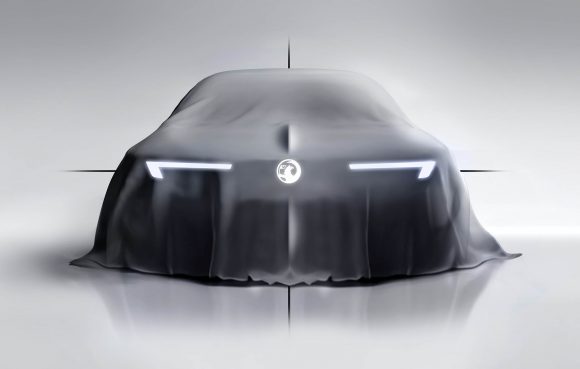 VAUXHALL has revealed a sneak peek of the company’s vision for the future. It’s said to have a ‘bold and pure’ design that embodies Vauxhall’s core brand values – British, ingenious, progressive and approachable.

With cues seen in the 2016 GT concept, this new concept for the mid-2020s will take design principles first seen in that car, such as strong proportions, bold graphics and seamless integration of glass and body. Though we have been told that the interpretation of the overall design may be different.

Mark Adams, Vauxhall’s vice president design, said: ‘Design will be at the heart of everything we do in the future. It will truly differentiate the Vauxhall brand, and make it sharper and more relevant to our core values. We are a proud British brand and design inspiration is all around us in the UK.’

One of the key elements from the upcoming concept is the ‘compass.’ It presents a confident identity, by putting the badge in focus by the centre-crease line.

A lot is resting on this concept, with group managing director of Vauxhall Motors Stephen Norman saying: ‘Customers are our compass, too, so for them to instantly relate to our vehicles at an emotional level is vital. The Vauxhall brand is an integral part of British motoring life, and has been since 1903, so this concept has a huge responsibility to sustain its success into the future.’

Vauxhall’s new concept is set to have a final reveal before the end of the year.

MORE: Top Gear’s Reasonably Priced Car is now up for grabs at auction