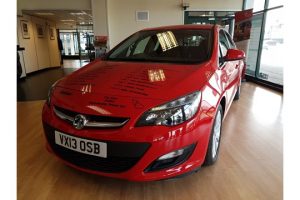 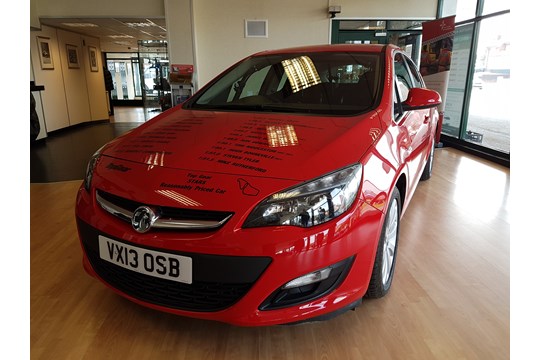 With a reserve price of £12,000 that hasn’t been met as of now, you could own a car which has been driven by countless celebrities (well, 22 of them) throughout its time on Top Gear.

Famous faces such as Will Smith, Hugh Jackman and Benedict Cumberbatch have all thrashed it around the iconic Top Gear Test Track in Dunsfold, Surrey.

The 2013 Astra features all the names of all the celebs on the bonnet, as well as race seats and a roll cage fitted inside.

So get bidding people, or you might miss out on owning a very unique Vauxhall Astra from the biggest motoring show… in the world.

MORE: Average dealer profitability up in May with improvements in new and used car sales

On WorkshopMagazine.co.uk: Son’s £120,000 Rover tribute to late father going under the hammer