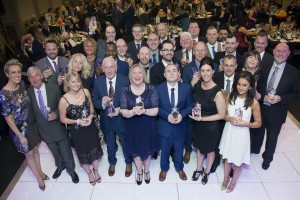 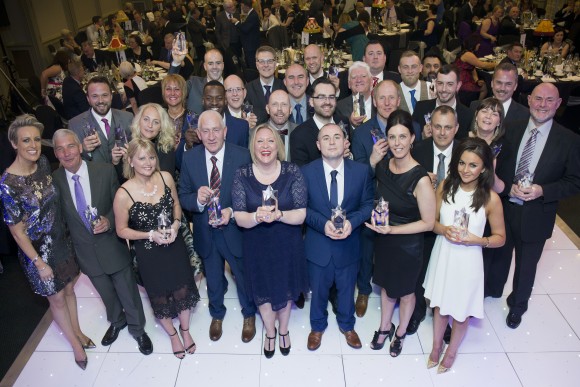 VERTU Motors has recognised the outstanding work of its colleagues during the group’s annual Masters Awards.

The awards, which have been held for the past five years, are a chance for the group’s CEO, Robert Forrester, to acknowledge the achievements of colleagues from across Vertu’s 127 outlets across the UK.

The winners were presented with their awards by BBC presenter Steph McGovern and Robert Forrester at a ceremony held at luxury hotel, Oulton Hall, on the outskirts of Leeds.

Following the ceremony, Britain’s Got Talent finalists Old Men Grooving entertained and attendees danced the night away with live music from the Rat Pack, who treated them to their own renditions of classic swings songs.

The awards cover all aspects of the business and recognise colleagues from every corner of the group, from sales executives, drivers and accountants to technicians.

The winners were chosen from more than 5,000 colleagues for their outstanding work throughout the year and of demonstrating the five keys of success: character, attitude, drive, energy and talent.

Forrester, said: ‘As a group we are passionate about recognising and rewarding hard work and talent, and these awards are a chance to do just that.

‘Vertu Motors has enjoyed another great year, so it is only right that we honour colleagues that have made this success possible with a fantastic night of celebrations.’

He added: ‘This year we have some new faces at the awards, which showcases some of the new talent we have in our team as well as many long-serving colleagues.

‘Every colleague nominated has performed to an exceptional level and as we continue to grow, it gets harder to win an award. Every winner deserves recognition, but so do the teams supporting them across the business.’