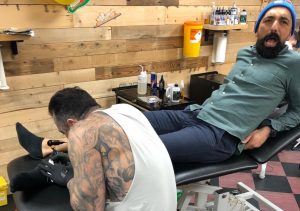 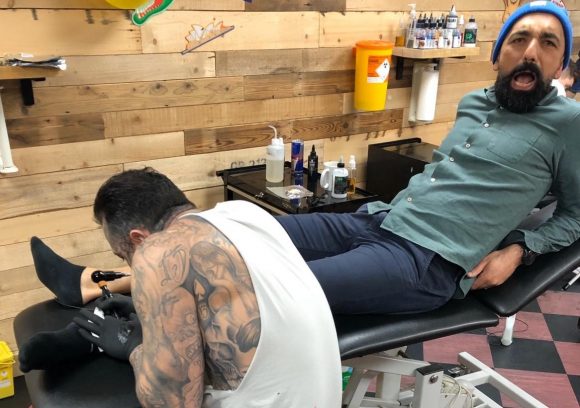 VOLKSWAGEN UK managing director and Australian native Andrew Savvas has raised more than £15,000 to help deal with the aftermath of the bushfires disaster.

Savvas raised the money after setting up a Virgin Money Giving page and getting two tattoos to pay tribute to those battling the infernos and as a permanent reminder of the impact climate change is having on the planet.

The tattoo design was originally planned to be a single, small koala but the success of the fund-raiser led Savvas to choose a more prominent design: a kangaroo on each ankle.

The sum he has raised so far has vastly exceeded his original target of just £1,000.

As well as serving as permanent reminders of our responsibility towards the environment, Savvas’s tattoos recognise the people who have lost their lives in the fires, the devastation of wildlife and habitat in his home country, and the heroic efforts of the volunteer firefighters.

The message resonated with Volkswagen employees and retailers across the country, as the £1,000 target was smashed quickly and it wasn’t long before the landmark sum of £10,000 had been reached.

Several retailer groups provided four-figure support for the cause, and more than 200 other individual donors chipped in with smaller contributions. The total amount raised is still growing.

Savvas said: ‘I have chosen to support WWF Australia, helping provide emergency funds to care for our injured wildlife, and when the fires clear, to aid in the restoration of the forest homes our koalas and other animals have lost.

‘I am touched by the overwhelming support I have received in raising funds for a cause that it is important to me personally. To encourage support I decided to get my first tattoos.

‘I wanted to do something different to ensure that I have a permanent reminder of the impact climate change has on us and to recognise the brave Australians on the frontline volunteering to fight the fires and support their neighbours.’

Pictured is Savvas receiving his tattoos.