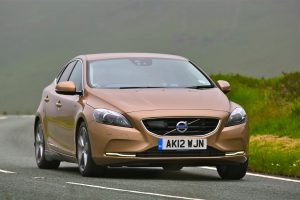 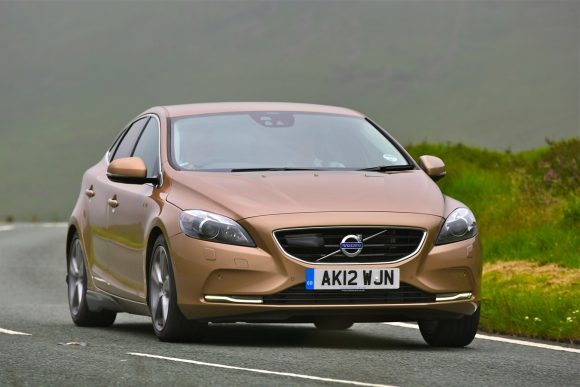 THE Volvo V40 with optional Driver Support Pack has been named ‘Safe Used Car’ by Co-op Insurance for the second year in a row, as the award is relaunched for 2017.

The Volvo V40 with Driver Support Pack was the first car to be presented with the accolade, based on analysis of used family cars, all of which must have a five-star Euro NCAP safety score, CO2 emissions of 120g/km or lower and be freely available on the used car market for £15,000 or less.

Every V40 comes with Autonomous Emergency Braking (AEB) as standard, while the Driver Support Pack includes a range of advanced safety aids, including pedestrian and cyclist detection, adaptive cruise control and systems that warn you if you inadvertently start to leave your lane or if there’s a vehicle in your blind spot.

While the Volvo V40 with the Driver Support Pack remains a non-mover as the overall winner, the V40 without this suite of safety features is also in the top 10 list of safest used cars.

Thanks to an impressive number of standard safety features, including the world-first application of a pedestrian airbag, every V40 offers crucial protection for its occupants – as well as those outside – in an accident. However, where the car really comes into its own is with its collision-avoidance technology.

The V40 became the safest car ever tested by Euro NCAP when it was tested in 2012, with superb scores across the board – including an unprecedented 100% for safety assist. Since then, the Volvo S90 and V90 have surpassed the best overall score of any model tested in 2016, making Euro NCAP’s top-three best-ever-performing cars all Volvos.

James Hillon, director of product at Co-op Insurance, said: ‘We’re pleased to announce that the Volvo V40 has topped the list as Co-op’s Safest Used Family Car for a second year running, making it a safe choice for families looking to buy a second-hand vehicle. Volvo scored the highest in a series of track tests conducted by Thatcham Research and once again produced unprecedented results.’

Bruce Greenwood, used car programme manager for Volvo Car UK, said: ‘To be presented with the Co-op Safe Used Car Award for the second year running – and to also have two cars in the top 10 – by one of the UK’s largest insurance providers as well as experts in vehicle safety is a real testament to the Volvo V40. Even as standard, the V40 has class-leading safety features that focus on protecting the driver, passengers and pedestrians.

‘Customers are recognising the benefits that come with buying a V40 through the Volvo Selekt Approved Used Car programme, because the scheme includes competitive prices, comprehensive warranty cover, roadside assistance and a full history check. Combined with the V40’s outstanding safety and striking design, this has made the car an immensely popular second-hand buy since its introduction in 2012.’

On SuperUnleaded.com: This is why you failed your driving test first time