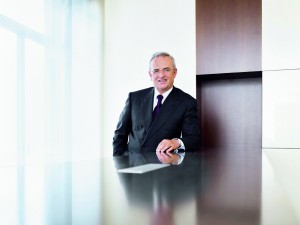 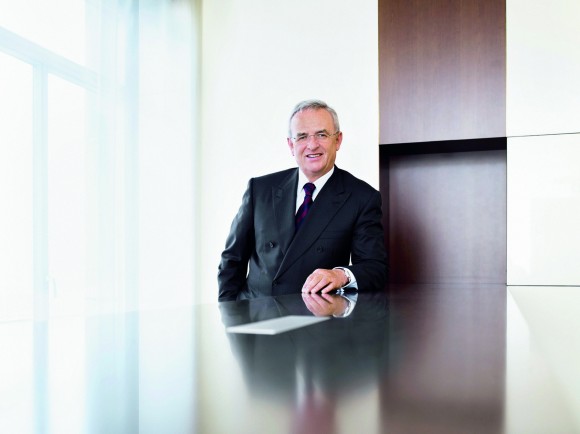 VOLKSWAGEN’S top man could be out of a job, following the revelation that the manufacturer had manipulated diesel emissions levels in the USA, making the vehicles appear up to 40 times cleaner in tests than they really were.

Some 15 billion euros (£10.9m) were wiped off the value of the German company today, with trading down 18.1 per cent to 132.15 euros (£95.80) – nearly a three-year low – after the news broke that it had used a sophisticated computer program that detected and activated the complete emissions control systems when official testing was taking place, to get round nitrogen oxide emissions legislation. The controls were deactivated for normal driving, letting the vehicles pump out more than the limit of pollutants allowed by law.

It is now having to recall 482,000 cars and faces at least $18 billion (£11.6bn) of fines. Chief executive officer Professor Dr Martin Winterkorn, pictured above, issued a statement of apology and said that VW had ordered an investigation and would fully comply with agencies.

Christian Stadler, a professor of strategic management at Warwick Business School, who researches the car industry, said: ‘There is no question that this is a big problem for Volkswagen and could lead to CEO Martin Winterkorn losing his job after all. Five months ago, Ferdinand Piech, the former chairman, tried to oust him but in the end resigned himself. This Friday, the board decides on whether to renew Mr Winterkorn’s contract until 2018. After this, a question mark now hangs over that decision. Maybe they will defer the decision to wait and see what happens.

‘From 2009 to 2011, Toyota recalled nine million cars for issues leading to unintended acceleration. Estimations suggest that Toyota dealers lost more than $2 billion as a result and the company itself also around $2 billion. Toyota also settled with the government for $1.2 billion.

‘To some extent, the cheating by Volkswagen seems more blatant, but the numbers are lower and there are no fatalities involved. This suggests that in the “heat of the moment” the long-term effect on Volkswagen maybe overstated. Sure it will hurt, but maybe not quite as bad as we expect right now.’