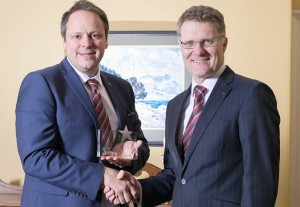 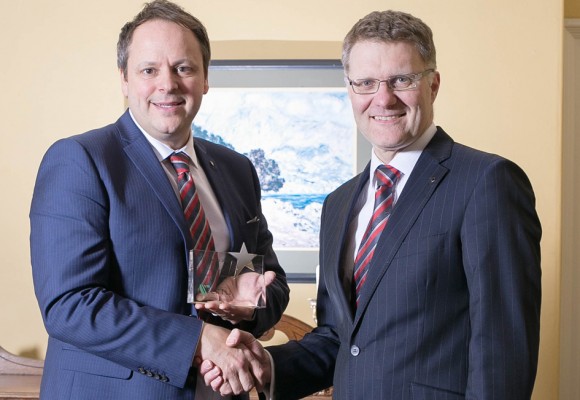 Well done, Steve! Director is recognised as Vertu’s ‘Company Person of the Year’

THE Nissan and Renault divisional director for one of the UK’s largest motor retailers has been recognised for his outstanding performance.

Steve Gould, the Nissan and Renault divisional director for Vertu Motors plc, was named ‘Company Person of the Year’ at the group’s annual management awards at the Eslington Villa hotel in Gateshead.

Steve has been recognised as leading a year-on-year improvement in the Bristol Street Motors’ Nissan and Renault division since joining in 2012. He now leads a division that boasts the best used car performance of any manufacturer across the group.

Under Steve’s leadership, there has been a dramatic increase in customer satisfaction across both the sales and service departments. This has coincided with a marked improvement in colleague satisfaction scores, particularly in aftersales.

Robert Forrester said: ‘Steve leads by example and the outstanding results he has overseen are in no small part due to his massive level of personal commitment. His delivery of outstanding customer experience in his division is exemplary.’

Collecting his award, Steve, on the left in our picture, said: ‘I’m ecstatic to be named Company Person of the Year, especially as we have so many amazing and hardworking colleagues across the group.’