Home > News > What a Triumph: Tennants Auctioneers smash estimate with Last of the Summer Wine Herald 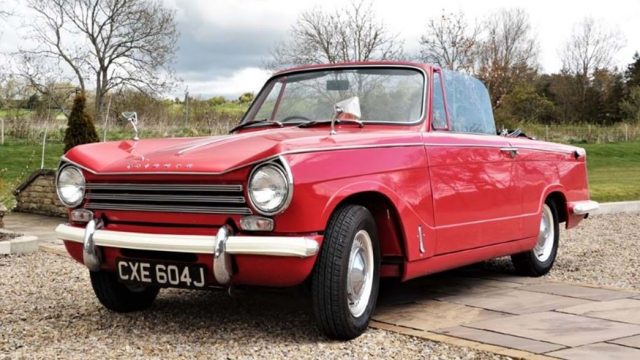 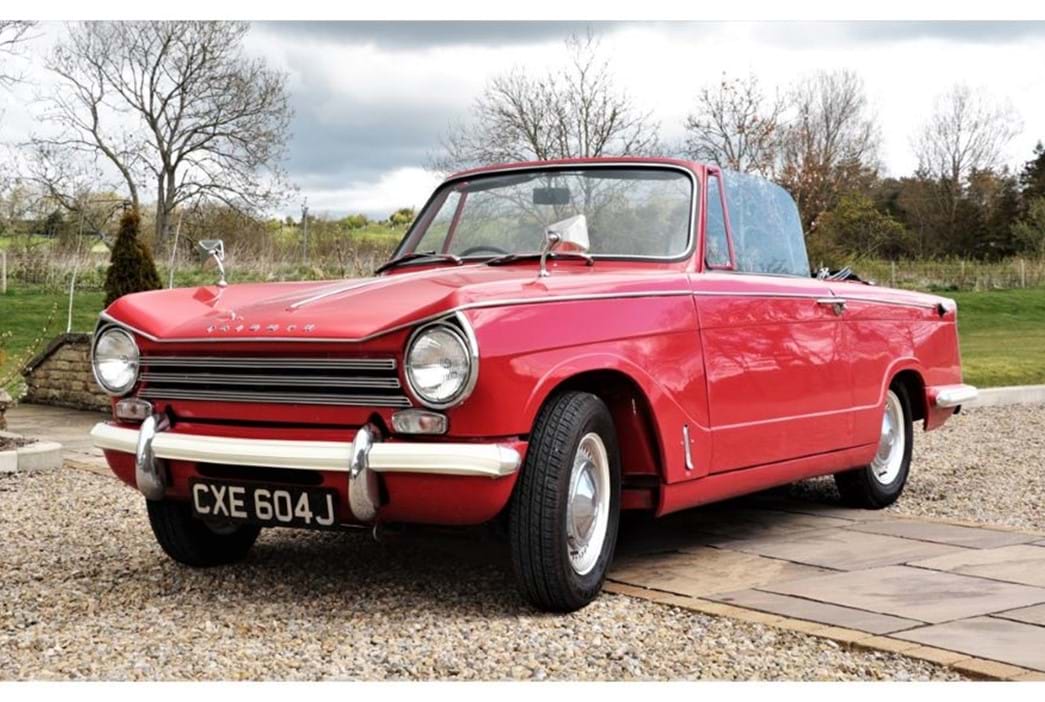 What a Triumph: Tennants Auctioneers smash estimate with Last of the Summer Wine Herald

A Triumph Herald that starred in Last of the Summer Wine has sold for £16,000 at Tennants Auctioneers.

The red convertible was one of just three similar motors to be driven by lead character Edie Pegden during the show’s 37-year run.

The car was so prominent in the show that Corgi turned it into a miniature model, which was sold in a specially-themed pack.

The limited edition toy was sold alongside a model Pegden, who was played by Thora Hird.

When the Yorkshire-based show ended in 2010, the Herald passed into private ownership and was recently given an extensive restoration.

It has now gone under the hammer at Tennants’ saleroom in Leyburn, North Yorks, where it fetched an impressive £16,000.

The two-door had been given a base estimate of just £10,000 – with the bumper price highlighting the current high values in classic cars.

The auctioneers say that the model had ‘an edge’ over most other Heralds currently available for the market due to its strong history and condition.

A spokesman for Tennants said: ‘The car has been subject to a comprehensive restoration.

‘Paintwork can be described as excellent, finished in striking red with a deep, flat shine probably better than its original factory finish.

‘The interior appears to be original and in wonderful condition with gentle wear in localised areas consummate with age.

‘Triumph Heralds have, for a long time, been undervalued but nice examples are now exceeding the £10,000 mark.

‘This was an opportunity to acquire a beautifully restored and maintained example with TV history giving it the edge over most Heralds on the market today.’