Home > News > What used car stock was hot at the start of 2021 as the third lockdown took hold? 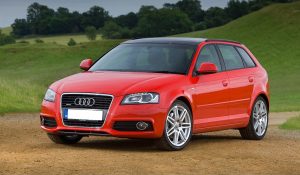 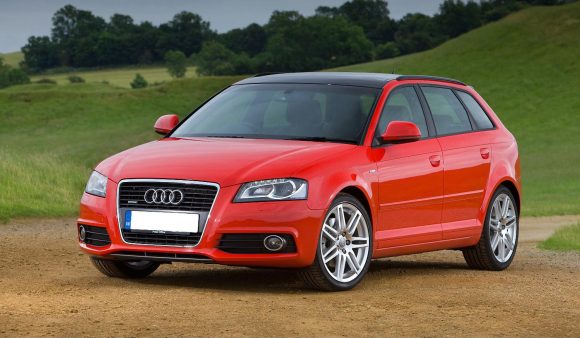 What used car stock was hot at the start of 2021 as the third lockdown took hold?

While the country remained in lockdown throughout January, that didn’t hold back car dealers from securing attractive privately owned used stock.

Whereas December had been a slower month for the industry as dealers wound down for the Christmas break and reflected on a tough year, 2021 started off incredibly strongly with renewed appetite for stock.

With dealers showing real resilience in January, it was our busiest month ever – dealers came back to our platform again and again to restock for the winter months ahead.

It wasn’t just dealers who saw January as an opportunity to make money.

Motorists who had held back for Christmas or just switched off from making any big decisions until the new year went for it in January.

We saw a massive increase in people visiting Motorway to sell last month, resulting in a 50 per cent increase in stock levels compared with December.

With so much stock available, there were some amazing deals to be had, resulting in all cars in these tiers going for under CAP.

In fact, only five per cent of our stock overall went for over CAP in January, demonstrating just how much stock we had available – meaning greater margins for dealers on the platform.

While the majority of stock was in our lower tiers, that’s not to say the cars themselves were all lower-end brands.

We saw a lot of prestige brands feature on our platform in these lower tiers, including Jaguar, Land Rover and Audi.

At the other end of the scale, while we didn’t see a huge amount of cars in the £50-75k bracket in January, the average bids for these cars were higher than any other bracket.

They averaged 10 individual bids per car, sending the final prices one per cent over CAP.

On average, they all went for under CAP in January, apart from Mercedes.

The only other brands that went over CAP in January were Mini, Porsche, Maserati, and Suzuki – with Porsche going for on average four per cent over CAP.

While December saw a strong performance from cars between £20-50k, the cars that attracted the most bids in January were on average much higher value, with the £50-75K tier leading the pack and £75-100k also performing well.

But which individual car model got dealers excited in January?

In December, it was a Renault Twizy Dynamique in the sub-£5k bracket that was most in demand, but in January, it was a Ford Transit Custom 290 that hit the mark.

Vans are still in high demand on our platform and this particular model attracted a lot of bids, eventually going for an astonishing 32 per cent over CAP.

It was followed closely by an Audi A3 S Line (similar to the one pictured), which had a clean service history as well as minimal damage and went for 27 per cent over CAP.

An ever-desirable Mini Cooper also performed incredibly well, starting a bidding war thanks to its extremely low mileage relative to its age (23,000 miles at eight years old) and achieving 25 per cent over CAP.

That makes two vans in our top 10, which goes to show just how popular they are right now.

Dealers are clearly still on the hunt for lower-value cars in good condition, but our data shows that when they see a premium car in great shape and with low mileage, they’re quick to snap them up.

Cars that failed to hit the mark with dealers in January included a Renault Zoe Dynamique and Nissan Leaf Visia.

These were both older EVs, and buyers would have been concerned about battery durability. As a result, they went for 61 per cent and 65 per cent respectively under CAP.

One Ford Fiesta Titanium also failed to ignite many dealers’ engines, achieving only 69 per cent of CAP.

This was a fairly common model and had gone over two years without a service, which really affected its final price.

Motorway looked at all the vehicles in the month of January 2021 to see which specific individual vehicles fared the best at auction, driving the final sale price up and over CAP.

The lists of the top 20 highest as well as lowest bids versus CAP on individual vehicles are below: 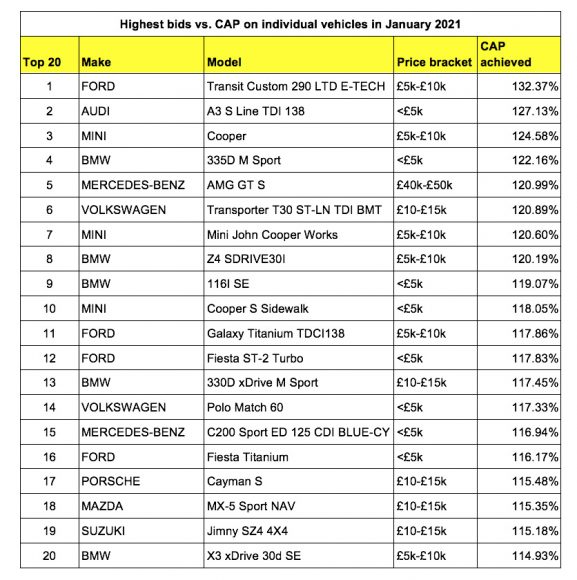 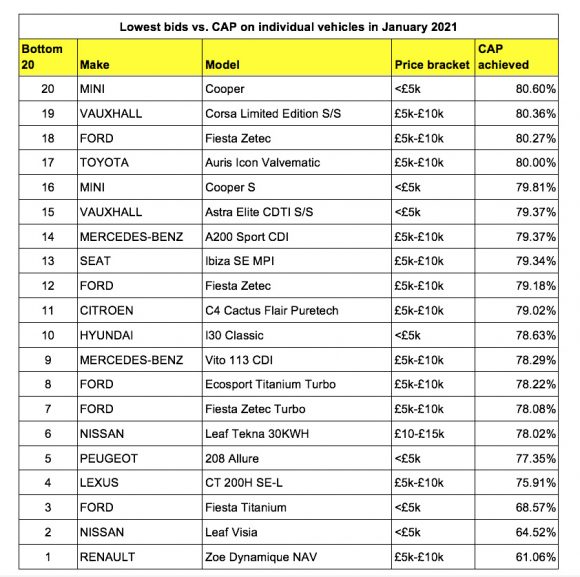 If you want to stay ahead of the competition and buy exclusive, privately owned stock, sign up to Motorway here.

We’ll be back next month to look at how February has fared and which cars were ‘hot or not’.