Home > News > Who will be the dealers’ dealer at our Used Car Awards? 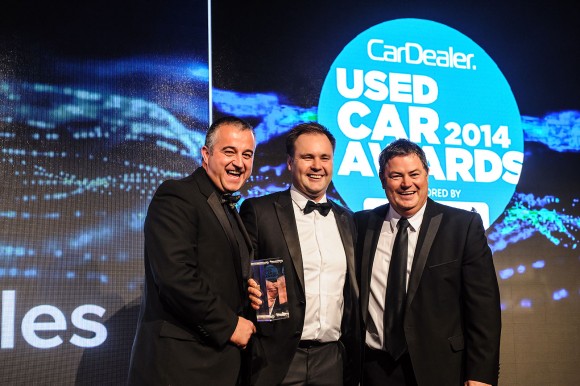 Who will be the dealers’ dealer at our Used Car Awards?

THERE’s nothing quite like recognition from one’s peers – which makes the Dealers’ Dealer of the Year category at our Used Car Awards so special.

Sponsored by Evolution Funding last year, it saw nominations flooding in from dealerships around the UK, and it was John Holland Sales Ltd of Sheffield that triumphed for its sheer professionalism.

In the run-up to this year’s awards, we’ve been asking last year’s winners what their triumph meant to them and why it’s so important to get those nominations in. John Holland Sales Ltd general manager Tony Entwistle told Car Dealer: ‘It meant a lot for us to win it. We’re a small team and it was a great achievement for the whole company. It’s helped us, too, because getting the award from other dealers really adds credibility to it.

‘We do a lot of business nationwide, because we sell cars that are individual, and we’ve used the winner banner extensively, and the fact that we were nominated by other dealers adds more credibility when people see the banner on our website.’

The dealership is the shirt sponsor for League One club Sheffield United, and Entwistle said: ‘That’s a massive thing for a small family business, as they’re the largest football club to have a UK company as shirt sponsor, so our award triumph also gets shouted about via their social media coverage.’

This year’s awards, which have the hashtag #UCAwards, are being held at The Brewery in London on November 30 and will be hosted by TV’s Wheeler Dealer himself, Mike Brewer. The 20 categories are listed here, and you can make your nominations very quickly and easily via this link – but make sure that you supply lots of detail about what makes you the best.

The deadline to submit your entries is October 22, and shortlists will then be drawn up by our judging panel, headed by Brewer. Don’t delay and risk forgetting, because you’ll then miss out on the chance to show everyone how good you are.

Tickets for the black-tie event – the perfect opportunity for an office Christmas party! – can be ordered via the nominations link, as can top accommodation deals that we’ve negotiated for you. Alternatively, call the Car Dealer team on 023 9252 2434 to book. But hurry, as they all sold out very quickly last year, leaving some very disappointed people.