Home > News > Will Cazoo strike next in the big car dealer shopping spree? And which group will be the target? 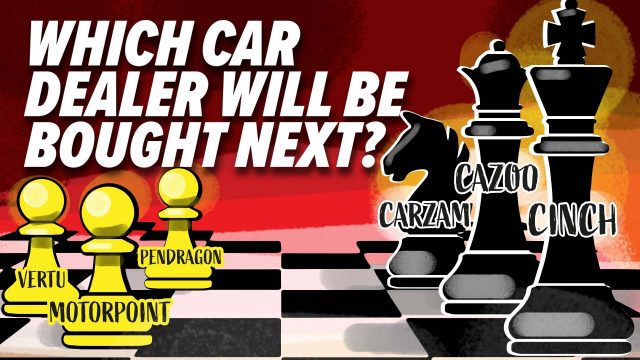 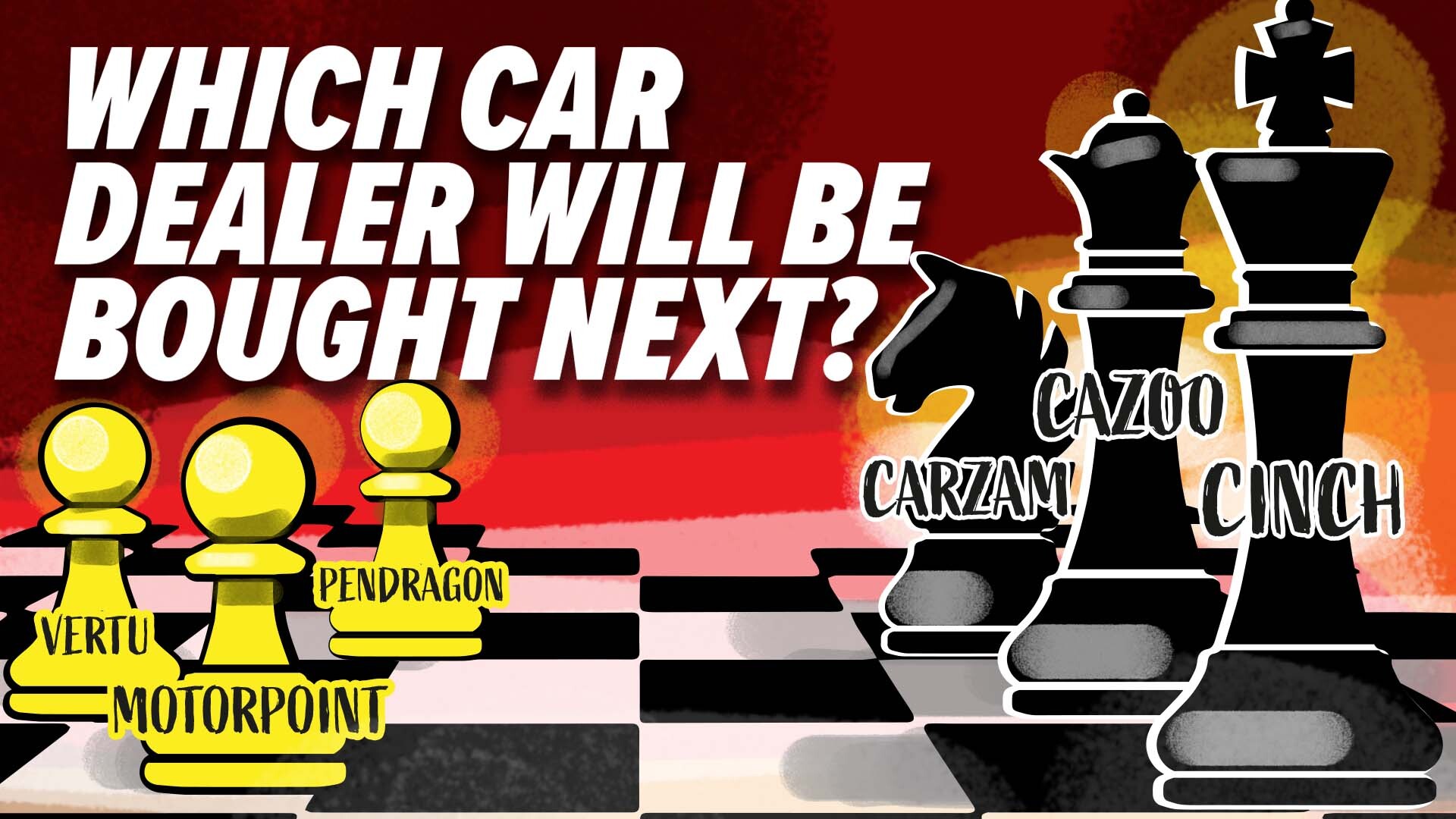 Will Cazoo strike next in the big car dealer shopping spree? And which group will be the target?

Car Dealer editor-in-chief James Baggott looks at Constellation Automotive Group’s deal to buy Marshall and now its stake in Lookers, and asks who will be next to get their cheque book out?

In this great used car chess game, it appears to be a case of not if another dealer group will be bought but when.

Cinch owner Constellation Automotive Group has shown its hand first and after swooping on Marshall Motor Group for £325m has taken a significant stake in Lookers.

But with Cazoo’s share price free-falling in the States – down 52 per cent in six months – and the Peter Waddell-backed Carzam looking to gain market share, could there be more big deals on the horizon?

That deal has triggered its exit from the stock market and it’s currently in the process of taking it private.

For the Lookers stake, it used similar family tactics, heading for former board member Tony Bramall.

Constellation offered the octogenarian industry veteran 102p per share for his 78m holding, which he’s held since 2006, bagging a handy blocking stake in any rivals snapping Lookers up while it deals with the Marshall takeover.

‘Constellation won’t be happy with their 20 per cent stake; they’ll now want it all,’ one industry commentator told Car Dealer.

‘I wouldn’t be surprised if they make an offer for the whole group within weeks. There’s no point only having 20 per cent – you can’t change anything or call any shots.’

The stake in Lookers, which is emerging from several years of crisis, took the industry by surprise.

However, it was clear something was afoot last week, as the share price rocketed.

‘There’s a deal happening, Lookers is going to be bought,’ one leading car dealer texted us last week.

And while it was clear the share price was rising – up 30 per cent at one point in the week – no one seemed to know why.

On Friday (Jan 28), Zeus Capital analyst Mike Allen, who specialises in the motor trade, said he didn’t want to get into ‘speculation’ following the share price jump.

But he had noticed the large volumes of shares being traded at the 102p price too. At 4pm, huge tranches were being sold seconds after each other for the same price.

‘The share price reacted in that way as there was heavy volume going through at 102p per share, which was way out of range from the share price of 78p at the start of the day,’ said Allen.

Constellation has been tight-lipped about its plans for Marshall since the acquisition was announced, and it’s too soon to know what it plans to do with Lookers.

Marshall CEO Daksh Gupta, usually out front and centre, has been told not to speak to the press. Some think he’ll end up leading a car dealer supergroup that’s in the early stages of being formed.

Even he, though, was taken by surprise by the deal.

It was only really a matter of time before the well-funded and acquisitive online used car dealers started getting their cheque books out.

Many thought it would be Cazoo that would strike first after its listing in New York, but it has been more focused on expanding its footprint in Europe.

Europe really is the big prize for this new breed of online car dealers, as the markets there are far more unsophisticated than in the UK and ripe for disrupting.

There’s even talk that the American disruptors – such as Carvana and Vroom – are on the hunt for assets there, too.

But the biggest issue these online sellers are facing right now is stock – and getting hold of it. With used cars in high demand and prices sky high, getting hold of enough cars to sell is hard work.

What they need is a steady supply – and that’s exactly what Constellation has bought itself.

While Marshall has a great used car operation, few would bet against many of those premium part-exchanges from its franchise network ending up on Cinch.

If it sealed the deal for the rest of Lookers, it would have even more used cars to offer on its teethy-smile, Rylan-backed platform.

But who’ll be the next target acquisition?

‘Vertu is a sitting duck,’ believes one industry investor.

‘They’re incredibly well run, profitable and have a great range of brands with dealerships across the country – yet their share price has never reflected that.

‘I expect an offer to be made for Vertu within weeks.’

And if they’re not careful, the other used car disruptors could be left behind by Cinch.

Its ploy isn’t rocket science – in fact, it’s brilliant in its simplicity. With the addition of a franchised dealer group to its portfolio, it now has the full suite.

BCA makes money from the motor trade and allows it access, or at least contacts, for some big used car disposals that could fuel Cinch. Then there’s We Buy Any Car, which can add stock to both Cinch and BCA.

Add in franchised dealer group Marshall and it not only gets access to more great used car stock, it also wins a lucrative remarketing contract that was in the hands of rival Manheim.

And that’s not to mention the fact the group makes a decent profit, has cash in the bank and a superb portfolio of property. What’s not to like? 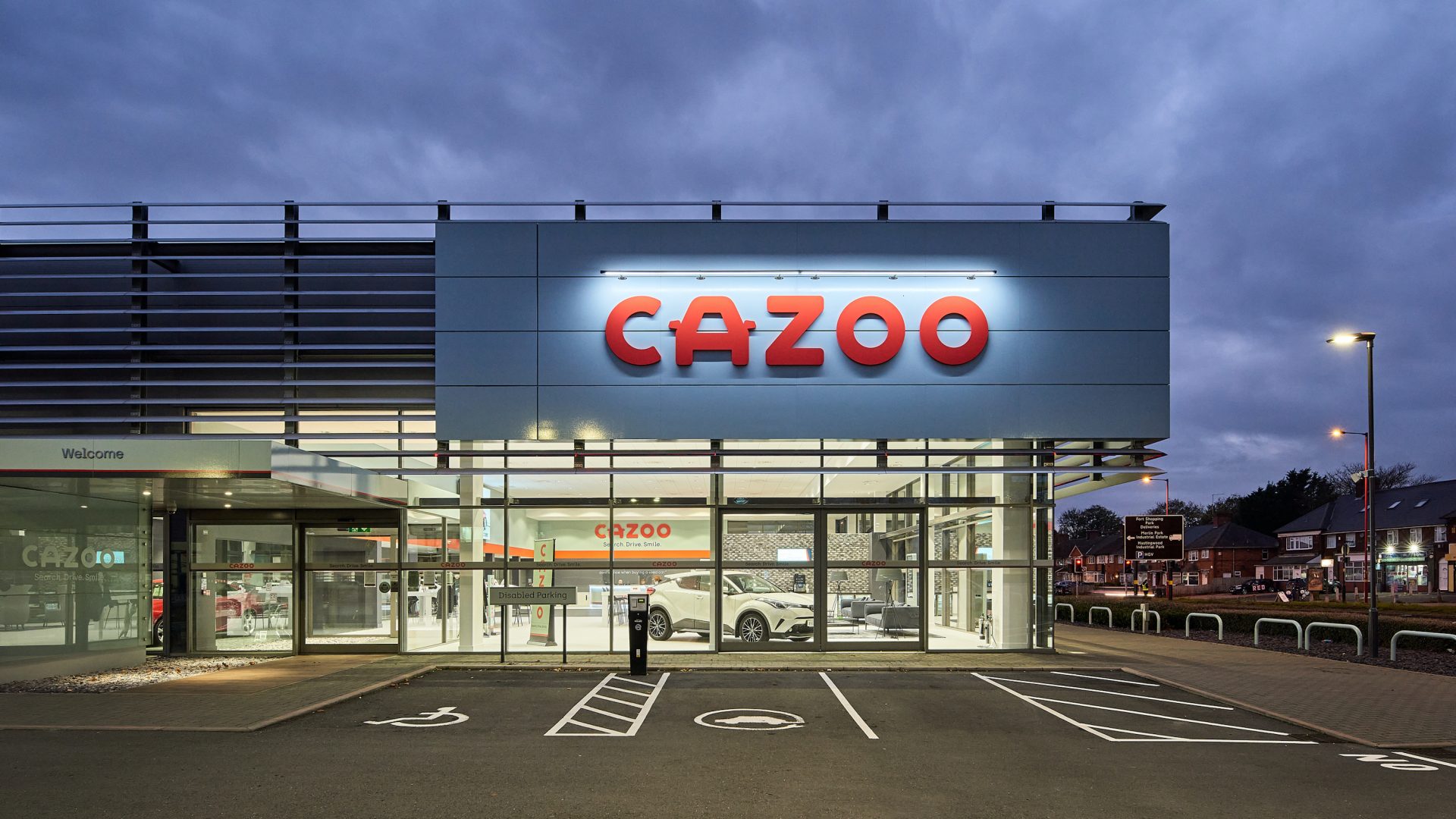 Cazoo has made a big deal about selling used cars purely online and turned the former Imperial Car Supermarket sites it acquired into ‘Customer Handover Centres’.

Perhaps it’s pride in not wanting to U-turn and buy the very physical dealerships its boss Alex Chesterman said were dead that’s holding it back from buying a franchised dealer group.

It needs to be quick, as there’ll be little left on the shelves.

There’s likely to be plenty of privately held groups that would be willing to do a deal for the right price, but with profit numbers the way they are right now, they’re not going to be cheap. And then you’ve got to find one willing to sell…

The markets haven’t been exactly kind to car dealers. Unfairly underpriced, most have struggled to build value despite decent performances.

It was this very fact that led Mark Lavery from Cambria to take his group private.

Lavery said: ‘We were listed on the London Stock Exchange just over a decade ago at 50p per share, and a decade later, in April 2020, were down to 33p.

‘It makes you wonder what you’ve been doing for the past 15 years.’

So with Cambria gone, Marshall going and Lookers almost certainly likely to follow, there’s not much left.

Pendragon, Vertu, Motorpoint and smaller player Caffyns are about all that’s left on the stock market.

Of those, Vertu and Motorpoint are probably the most attractive.

‘The levels of profits and cash generated by motor retailers makes them attractive investments at their stock market valuations. However, with further consolidation in the sector both inevitable and desirable, this could be the first big move in the UK,’ Jones told Car Dealer.

‘We will have to wait and see whether this represents a further investment by Constellation in a sector seriously undervalued by the market or the first move in a consolidation play within motor retail.’

Marshall CEO Gupta prophesied two years ago that some dealers would eventually break away from the pack to become supergroups – it’s likely he never thought his own group would become a target.

Back then, Gupta said: ‘I think in the next three to five years you might see a number of groups breaking away into that £5bn-plus category.

‘Whereas before I thought this might happen over eight to 10 years, I now think the emergence of five or six supergroups will happen a lot faster.’

‘The others are going to catch up soon and make a move,’ the boss of one private dealer group told Car Dealer.

‘The listed dealers are sitting ducks and ripe for hunting by these well-funded new players. I’d bet my house on Cazoo making the next move – the big question is for who?’

One thing’s for sure: the sands are shifting – but who’ll be next to make a move?