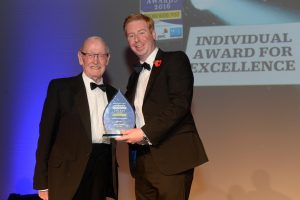 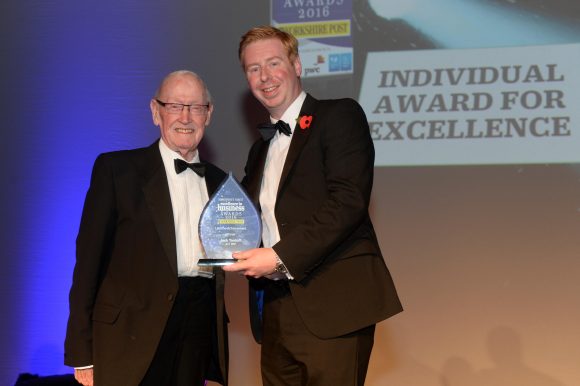 JACK TORDOFF, the founder and chairman of Yorkshire-based car retailer JCT600, has been given the top honour at the Yorkshire Post’s annual business awards.

He received the Individual Award for Excellence from Yorkshire Post business editor Mark Casci in recognition of the incredible contribution he has made to the region’s economic success.

Tordoff, who was made an MBE in the 2008 New Year Honours List, built JCT600 from a single dealership, Brooklands Garage in Bradford, into the largest privately owned business in Yorkshire. The family firm celebrates its 70th anniversary this year.

The company now has 50 dealerships representing 18 of the world’s leading car marques. It employs more than 2,300 staff at its dealerships from Lincolnshire to Newcastle and at the firm’s Bradford head office, and was this year named by the Sunday Times as one of the top 100 companies to work for.

Commenting on being given the business award, Tordoff said: ‘You have just got to work hard, I mean work very hard. I used to work seven days a week at one time, but it didn’t bother me because I wanted to be a winner. And it turned out, you do eventually get to be a winner if you work hard enough.’

He told the audience, who gave him a standing ovation, that being given the award was an emotional experience for him, and said it had ‘made his year’ and would have a ‘special place in his home and heart’.

On SuperUnleaded.com: 5 Cars To Help You Survive The Trumpocalypse