Home > News > 95 per cent of car dealers think manufacturers should not be setting them targets during lockdown 3.0 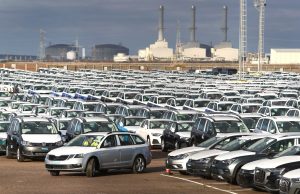 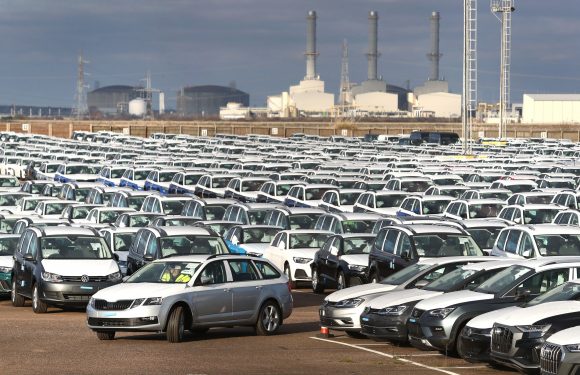 95 per cent of car dealers think manufacturers should not be setting them targets during lockdown 3.0

Some 95 per cent of car dealers feel their manufacturer partners should not be setting them targets during the third lockdown.

In a poll of Car Dealer users – in which 750 dealers voted – almost all of them said they did not feel targets were right during the current restrictions.

Earlier this week Car Dealer reported that franchised dealers had blasted manufacturers for setting bonus targets as ‘morally wrong’ and said it ‘encouraged bad behaviour’ during the pandemic.

Since then, privately, car dealers and salesman have said the fact they have been forced to chase sales during the lockdown simply ‘doesn’t feel right’.

Car Dealer ran the poll of dealers on this website following the story.

Respondents also said that despite the restrictions currently in place during the lockdown, 67 per cent were happy that selling cars was still the right thing to be doing.

Paul Hendy, CEO of Hendy Group, was one of the few dealer group bosses that would give Car Dealer a comment on the record for our original story as many feared reprisals from manufacturers for speaking out.

He said: ‘Now is the time, again, for manufacturers and dealers to stand shoulder to shoulder.

‘We don’t need a target at this time to encourage us to sell as many cars as we possibly can. It is an insult to our intelligence if the belief is that it is the target that motivates us.’

The comments from across the car dealer world were the first signs of cracks between partners.

One car dealer group boss – who represents a large number of car manufacturers – said he’d had ‘awkward conversations’ with manufacturers.

‘I can’t see how manufacturers can target us to push for sales, to encourage people out of their houses to change a car that might not necessarily need changing at a time when the government is telling everyone to stay home,’ he said.

In the first lockdown most manufacturers were quick to dish out handouts and guarantee margins and bonuses for dealers.

Now, during the third lockdown, many manufacturers have promised to guarantee margins for January and February, but car dealers are worried about the key plate change month of March. Swansway Garages director Peter Smyth he’d like to see March margins guaranteed as well.

‘Bonuses for March are huge and worth millions to large dealer groups,’ said another car dealer group boss.

‘Many in the motor trade are worried about missing out on these. We appreciate that manufacturers are in difficult places too, but these are unprecedented times.’

One car salesman contacted us via LinkedIn and explained how he was being pushed to chase sales.

He told how he was calling people who were locked down at home and asking them if they wanted to change their car early.

‘This is making a lot of staff very uncomfortable as due to targets and the lack of footfall more and more deals are being put together for these customers and pushing for them to change the car,’ said the salesman, who wanted to remain anonymous for fear of losing his job.

‘From a treating customers fairly side I don’t see how ringing all these finance customers, as they are our only real prospect pool to work with due to closed showrooms, is anything close to treating them fairly.

‘Many of them shouldn’t be getting called as it really isn’t the right time in their agreements.’

The cracks come as car dealers in Scotland breathed a sigh of relief that they will be included in those businesses allowed to continue offering click and collect from tomorrow.

The first minister has banned click and collect for all but essential retailers – but car dealers have been included in that meaning they can continue selling cars.