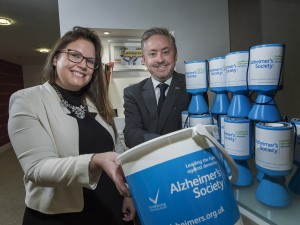 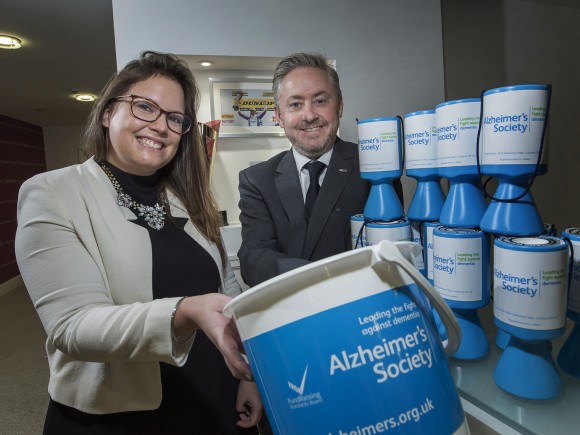 FAMILY-RUN dealer group JCT600 raised £62,260 for the Alzheimer’s Society during 2015 – the largest sum raised since the company launched its annual support of a single charity three years ago.

As well traditional company-wide events such as JCT600’s Three Peaks Walk, the cycling challenge and the pub quiz, 2015 also saw the JCT600 bake-off, its Easter prize draw and a team entered into the Great North Run, adding to the fundraising total.

In addition to supporting these events, JCT600 team across the Bradford head office and its 50 dealerships have held their own fund-raising activities, from running the Hull Marathon and hosting charity fairs to taking part in a 12-hour cyclathon and driving a 32-year-old classic Ford Cortina on a 2,370-mile trip across Europe.

‘The JCT600 team has once again taken our fundraising efforts to a whole new level,’ said John Tordoff, chief executive of JCT600. ‘Year after year, they give their time and energy to supporting the annual charity chosen by colleagues and I’d like to thank every one of them.

‘To have raised over £62,000 for the Alzheimer’s Society is an achievement to be proud of.’

Hannah Wright, of the Alzheimer’s Society, said: ‘JCT600 have been a pleasure to work with. We’ve heard personal stories of how employees have individually been impacted by dementia and learned about the motivation behind their support.

‘A number of members of staff have become ‘dementia friends’ – and there has been brilliantly successful, creative and classic fundraising in between. The sum raised by the company has exceeded all expectations.’

The JCT600 group operates 50 dealerships throughout Yorkshire, the North East, the Humber, Derbyshire, Lincolnshire and Nottinghamshire.  It sells 18 of the world’s most respected brands such as Aston Martin, Audi, Bentley, Porsche and Volkswagen.

The company recently announced that it has become a patron of The Prince’s Trust and will support that organisation over the next four years.

MORE: AA’s new scheme aims to help dealers stand out from their rivals