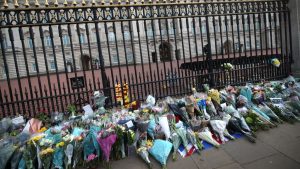 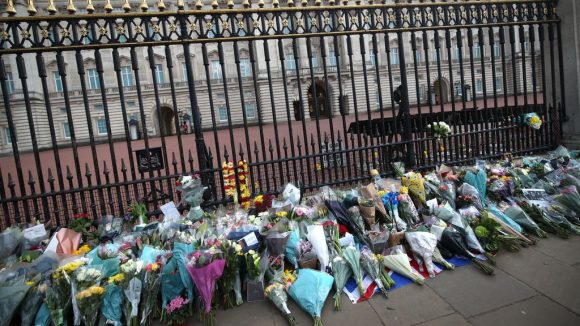 Details of the Duke of Edinburgh’s funeral are expected to be released this weekend following his death on Friday at the age of 99.

Buckingham Palace said he died peacefully in his sleep at Windsor Castle, leaving the Queen and the royal family ‘mourning his loss’.

Philip’s funeral is expected to take place at St George’s Chapel in Windsor, but the ongoing Covid-19 lockdown in England will impact plans.

Under the current rules, services can only be attended by a maximum of 30 people. 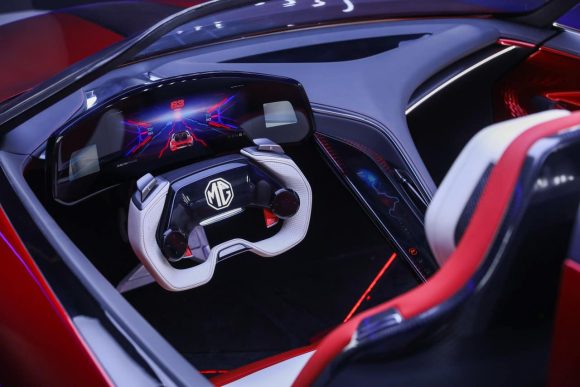 However, despite its inspiration from the past, it’s designed to usher in a new era of technology for the British-based, Chinese-owned firm, and is 5G enabled with ‘interactive gaming cockpit’.

People can ‘start to think’ about booking overseas summer holidays, according to transport secretary Grant Shapps.

The cabinet minister said it is the first time in ‘many months’ he was not advising against booking foreign trips.

His comments came just five days after Downing Street published a document which urged people ‘not to book summer holidays abroad until the picture is clearer’.

House prices hit a record high of £254,606 on average in March after jumping by 1.1 per cent month-on-month, according to an index.

Across the UK, the average price is around £15,000 higher since the start of the national coronavirus lockdowns in March 2020 – equating to an increase of more than £1,000 per month on average.

Values in March 2021 were 6.5 per cent higher than the same month last year, Halifax said, with MD Russell Galley adding ‘few could have predicted quite how well’ the market would ‘ride out the impact of the pandemic’.

Facebook has removed more than 16,000 groups trading in fake and misleading reviews following pressure from the UK’s competition watchdog.

The Competition and Markets Authority (CMA) said the technology giant had made ‘significant changes’ following its investigations last year, as online shopping became ever more vital during coronavirus lockdowns.

But the watchdog’s chief executive Andrea Coscelli said it is ‘disappointing’ it took the firm more than a year.

Mitsubishi announces up to £4,400 off models from next week

Mitsubishi has announced its spring offers to tempt buyers back to the showroom when lockdown restrictions on non-essential retail ease next week.

There are a variety of savings on cars registered between April 1 and July 31, with the discount depending on the car purchased. This is in addition to a £400 price cut off any model that is taken for a test drive first at any dealer.

For example, the Mitsubishi ASX has a £1,000 saving, which comes to £1,400 with the test drive discount. The biggest savings are found on the Eclipse Cross SUV and L200 pickup truck, which get a total of £4,400 off.

The add-on costs when buying goods from EU-based retailers should be made clearer so that shoppers are not hit with surprise fees or scammed, according to Which?.

Two-fifths (42 per cent) of people who ordered products online between the end of the Brexit transition period on January 1 and mid-February experienced some issues, a survey by the consumer group found.

Delays were the most common issue experienced by those who ordered products online, but one in 10 people (11 per cent) were asked to pay additional handling or delivery fees. The average charge was £41 but some people paid up to £300.

Tesco is expected to post rising sales as its supermarkets stayed open throughout the pandemic.

However, the UK’s biggest grocer is also expected to reveal more muted profits, which are forecast to be broadly in line with last year’s profits in its update for investors on Wednesday April 14.

Analysts have predicted that the supermarket, which is under the new leadership of chief executive Ken Murphy, will reveal an operating profit of around £1.72 billion for the year to February.

However, this will exclude the impact of its decision to hand back £585 million worth of business rates relief back to the Treasury.

Parts of the south will be cloudy with showery rain in places, according to the Met Office, and this could become heavier by the afternoon.

However, it’ll be brighter in parts of Wales and south west England.

In the north, it’s expected to be sunny with showers of sleet, snow or hail.