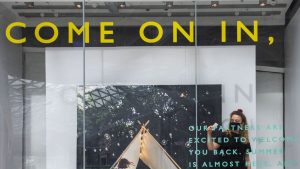 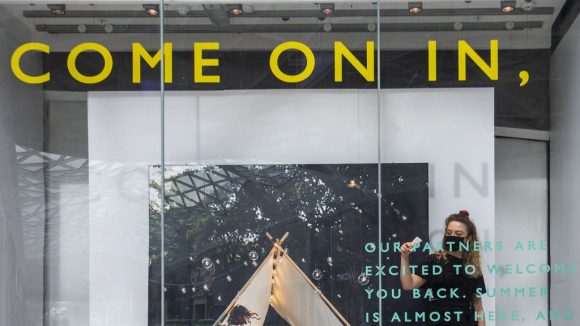 Retailers are hoping pent-up demand and the fun of ‘physical shopping’ will see consumers flooding back into bricks and mortar stores after a turbulent year of closures and restrictions.

Shops will be able to extend their opening hours from 7am to 10pm to help customers avoid peak times and ease transport pressures.

The government’s updated safety guidance makes clear that all customers will have to continue to follow social distancing rules; shop alone or in small groups; queue or follow one-way signs where necessary; follow hygiene rules; and wear a face covering unless they have an exemption.

Ireland set to ease restrictions for first time this year

Ireland’s coronavirus restrictions are set to be eased on Monday for the first time this year.

The country has been in level five lockdown since Christmas Eve, having only emerged from the same restrictions that had been in place since October five days prior to that.

Since last December, the return of some children to schools and some construction work have been the only exceptions to the pandemic restrictions.

Hairdressers booked for six weeks and preparing for 12-hour days

Many salons are reporting they are fully booked for up to six weeks despite ‘everybody wanting an appointment on April 12’.

The National Hair and Beauty Federation (NHBF) said anecdotal evidence from its members suggests most are fully booked for at least six weeks.

Boris Johnson will not attend the Duke of Edinburgh’s funeral to allow for the attendance of as many family members as possible during coronavirus restrictions, No 10 has said.

The Prime Minister was understood to have been expected to attend the ceremony for Philip by the royals, but offered to step aside with the number of guests allowed limited to 30.

The duke’s funeral will take place in Windsor Castle on April 17, but it will be unlike typical royal send-offs, with the public being told to stay away because of the pandemic. 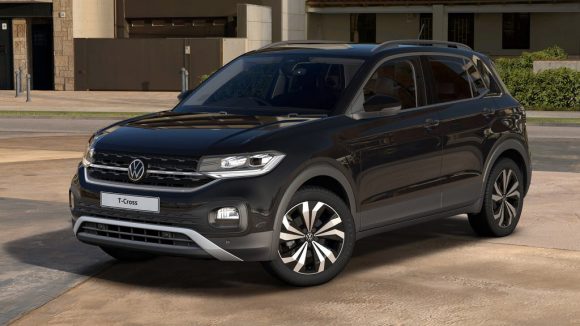 The T-Cross is the latest model in the Volkswagen range to be given the Black Edition treatment.

It’s based on the SE trim but comes with enhanced equipment levels and exterior styling upgrades.

As the name might suggest, many of the exterior changes involve replacing the standard equipment with black parts, including the roof rails, door mirror housings, front grille and bumper trim, and tinted windows.
The 17-inch alloy wheels are also black, while LED headlights replace the standard halogen units.

A tiny helicopter built by Nasa is ready to fly on Mars as part of the US space agency’s first attempt at a powered, controlled flight on another world.

The Ingenuity helicopter is expected to take to the Martian skies in the coming days – with Wednesday being the earliest time for take-off.

The small helicopter is part of a technology demonstration – a project that aims to test a new capability for the first time.

NEWS: We're now targeting no earlier than Wednesday, April 14, for our Ingenuity #MarsHelicopter’s attempt at the first powered, controlled flight on another planet. Details: https://t.co/LaoY7zyijY pic.twitter.com/TIwlZ3foD1

Today will see scattered showers mainly in coastal areas and the north of England, according to the Met Office

Elsewhere will have sunshine, which will turn into showers inland. Some will be heavy and others wintry.

Tonight the north and east will have wintry showers but elsewhere will be clear and frosty.