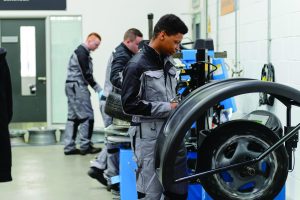 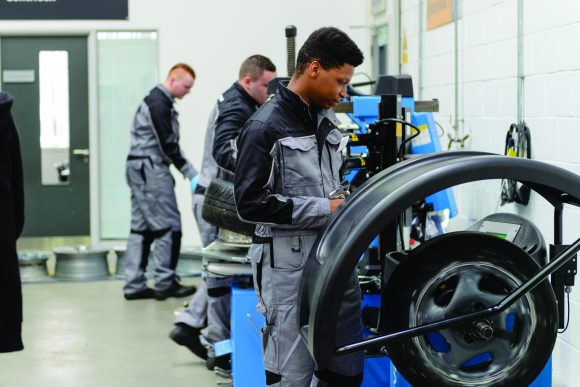 ARNOLD CLARK has been named Employer of the Month for December by youth employment strategy group Developing the Young Workforce Glasgow in recognition of its efforts to support young people in the workplace. 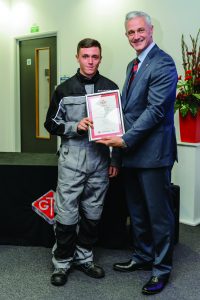 It has also worked in partnership with the Prince’s Trust since 2008, and is the lead supporter of the charity’s Achieve programme, which gives young people the opportunity to learn new skills.

Through the initiative, Arnold Clark has developed relationships with local schools to help promote a career in the automotive industry, as well as offering workplace visits, mock interviews and placements. There is also the chance for participants to learn about apprenticeships and get help with creating a CV.

Suzanne Sherry, Arnold Clark apprenticeship recruitment manager, said: ‘We are very proud to have been awarded Employer of the Month by DYW Glasgow. It’s a great honour to be recognised for the work that we do. Young people are a fantastic asset to our company and we are committed to giving them learning opportunities and career prospects that reflect this.

‘We work closely with many organisations, including the Prince’s Trust, to ensure our education programmes are engaging and will equip young participants with skills that they can take forward with them through life and into any job.’

Alison McRae, senior director of Glasgow Chamber of Commerce, added: ‘We are delighted to announce that Arnold Clark is our Developing Young Workforce Glasgow Employer of the Month. It is great to see a local company nurturing and supporting the talent of young people, and the accolade is well deserved.’

On SuperUnleaded.com: The Grand Tour Causes Outrage With Immigrant-Hiding Feature