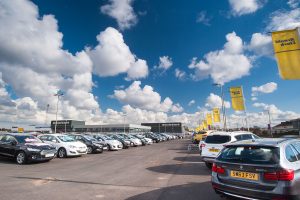 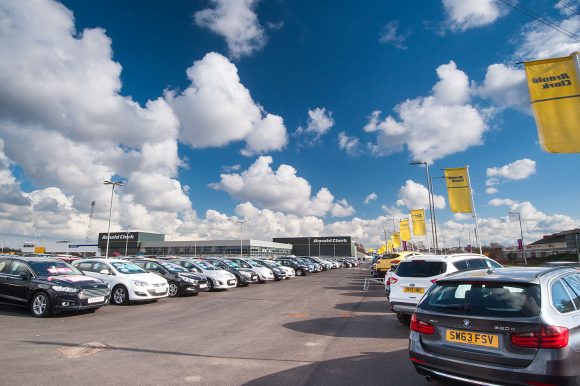 The report submitted to Companies House yesterday shows that the dealer group increased its revenues too – up 5.3 per cent to £4.46bn for 2019.

The significant increase in profit was primarily down to the group selling more used cars with strong margins.

The group said the used car performance was boosted by its ‘Arnold Buys Your Car’ brand which lets consumers sell their cars to the dealer and this ‘strengthened’ supply.

The group said 2020 started well, with January and February strong months, but performance has since been ‘adversely impacted’ by the pandemic.

‘The restrictions which the government implemented on the movement of people and trading activity to contain the virus had an immediate adverse impact on economic activity.’

Hawthorne explained that the group – which operates 200 dealerships in England and Scotland representing 25 manufacturers – was carrying normal levels of used vehicle inventory as its sites were forced to shut.

To save cash, the group furloughed 12,000 employees at the height of the pandemic, deferred indirect tax payments and took the business rates holidays for its showrooms.

Arnold Clark also worked with its funding providers and deferred interest payments in April to June which, in turn, allowed it to hand on payment holidays to customers.

The impact of the closures saw car sales drop 31 per cent and revenue drop 27 per cent in the first four months of this year, but although it expects revenue to be down for the year it expects to remain profitable.

The annual report also reveals the group launched an interactive customer app for Apple and Android in December last year and so far 50,000 customers have downloaded it.

Hawthorne added: ‘This has greatly enhanced the digital experience. The app will be one of the main platforms for communicating and transacting with our customers in the future.’

Hawthorne concludes that the outlook for this year ‘remains unclear’ and is dependant on the long term impact of Covid-19.

He added: ‘We have put in place mitigating actions to ensure that the business has the financial resources to emerge from the current difficult situation and return to profitable growth.’

We will soon be revealing our Car Dealer Top 100 list, compiled by ASE Global and sponsored by GForces. It will reveal the most profitable dealers in the UK and pitch new and used car dealers against each other for the first time.

Many companies have taken advantage of the extension given by Companies House this year for submitting their accounts and we hope to have the list compiled shortly.