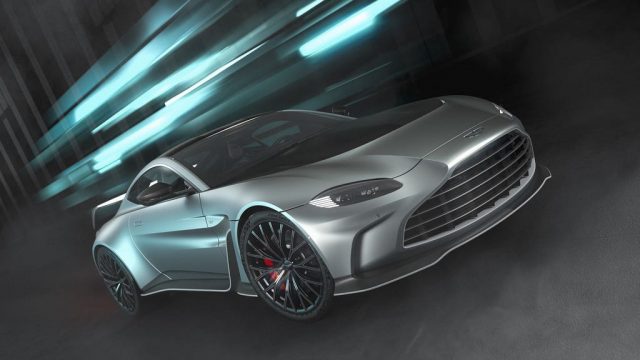 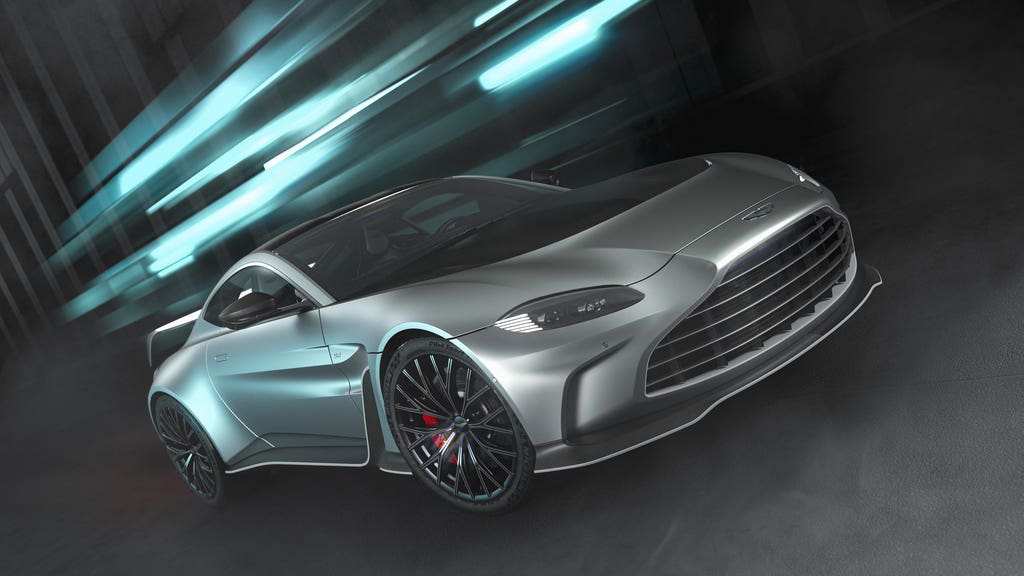 Aston Martin has revealed its new V12 Vantage – the most powerful version of its sports car yet – as it bids a fond farewell to one of its most-loved engines.

Despite the V12’s additional weight, the model’s 385bhp-per-tonne is 20 per cent higher than the regular V8-powered Vantage.

There’s more to the V12 Vantage than just its engine though, with Aston Martin making a raft of tweaks to it – not least additional stiffness to the body and suspension, while a new steering calibration is said to provide ‘improved steering feel and delivering a sharper response’.

It also looks different to the standard Vantage, with a 4cm-wider body to accommodate the increased track, as well as extensive use of carbon fibre parts.

Unique bumpers are fitted too, with a full-width front splitter generating additional downforce.

The V12 Vantage also comes with a larger grille to provide increased airflow to the engine, while a new sculpted side sill is similar to those on previous V12 Vantage models.

More noticeably, however, is a large rear wing which provides up to 204kg of downforce at top speed, though there is the option to remove this for a slightly more subtle look.

Inside, semi-aniline leather sports seats are fitted, though optional carbon fibre shell bucket seats can be had as an option – these also help to save weight.

The ultimate realisation of a bloodline which began back in 1950.

The final time that a Vantage will be fitted with a V12 engine – this is V12 Vantage.#AstonMartin #V12Vantage #NeverLeaveQuietly

‘Our customers and fans around the world fell in love with the idea of fitting our biggest engine into our smallest and most sporting model.

‘Now it is time to bring this bloodline to a close, fittingly with the most spectacular example yet – the fastest, most powerful and most dynamically capable V12 Vantage ever.

‘A celebration of its forebears and an embodiment of Aston Martin’s intensifying focus on driving dynamics, it ensures the V12 Vantage goes out on the highest of highs.’