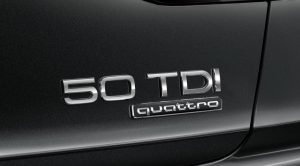 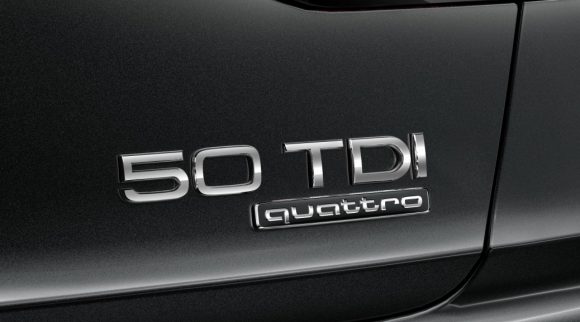 AUDI was absolutely right to change its naming strategy to show off power output on badges – and won’t be changing them back any time soon.

The new badges use figures such as 50, 55 and 60 to indicate the level of power output from the same-sized engines – and they’ve come in for a monumental amount of criticism. But despite this, Audi executives are convinced it was still the right thing to do.

Speaking at the launch of the Audi A8, Holger Schoffel, the man in charge of the new car, admitted the manufacturer carried out no customer clinics whatsoever before changing the badges.

‘They make it easier for the customer to understand the power output, even when it uses the same 2.0-litre engine,’ said Schoffel.

Audi says it uses the different figures to make comparisons between models easier – and it will come into its own when comparing combustion-engine cars with hybrid and electric cars. Confusingly, W12, RS, S and R models don’t get the new badges.

The worst naming strategy of all time? It’s like the most complicated algebra but makes absolutely no sense whatsoever. Utter nonsense pic.twitter.com/PJmQ5YGU33

Schoffel added: ‘This is clearer for the customer than it was before. This sort of numerical badging has always been in place in China, and there are no questions there – it’s because it’s new to other markets that it has caused confusion.’

When asked if he thought it was the wrong thing to do and whether he thought Audi should revert back to ‘normal’ badges, he disagreed.

‘It might not feel right now, but in a year people won’t even think about it,’ said Schoffel. ‘Personally, I think we should stick to this. It makes sense when in the future you will need to compare power outputs of combustion-engine cars with, say, an e-tron. Especially if in the future we have different power outputs for our electric and hybrid cars.

‘We are convinced this is the right way to do it, but we will take on board comments and see what happens in the future. We have only just changed this – maybe we will change it in a few years, but I am convinced this is not a mistake that needs changing now.’

Schoffel did say that for those customers who really don’t like it, there’s always the debadging option that removes the problem completely.

MORE: Audi celebrates two decades of the A3