Home > News > Audi celebrates two decades of the A3 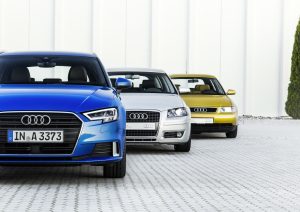 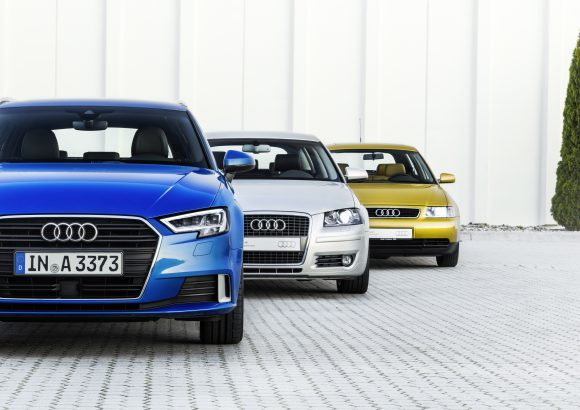 Audi celebrates two decades of the A3

AUDI is celebrating the anniversary of the Audi A3. The successful Audi model debuted 20 years ago at the Frankfurt Motor Show, Germany.

Audi introduced the Audi A3 in 1996. The car was developed from the ground up on the basis of the Golf IV platform, which followed in 1997. From the very first generation, the Audi A3 has boasted innovations and quality features from higher model classes, making it the founder of the premium compact class.

The A3 initially was available exclusively as a three-door hatchback in three trim lines and with four different petrol and diesel engines. In September 1998, Audi brought quattro permanent all-wheel drive to the compact segment for the first time in the A3. A five-door variant joined the model series in March 1999.

The brand reached a milestone with the first generation of the high-performance Audi S3 in the spring of that same year, introducing the 1.8-litre, inline four-cylinder engine with turbocharging and five valves per cylinder produced 207bhp.

Now in the third generation, the Audi A3 is available for the first time as a saloon. This version celebrated its premiere at the 2012 Geneva Motor Show. In 2016, each and every variant in the entire model series received a technology update.

The Audi RS 3 Sportback is the spearhead of the model series. The first generation was launched in 2011 with a 335bhp, five-cylinder engine. The second edition of the RS 3 Sportback with 362bhp followed in 2015.

At this year’s Paris Motor Show, Audi presented the RS 3 Saloon powered by a 2.5 TFSI engine with 394bhp, making it the most powerful five-cylinder engine on the market.

MORE: Issue 105 ready to be downloaded to your iPad – FREE!

On SuperUnleaded.com: You Can Now Drive Bentley’s EXP 10 Speed 6 Concept