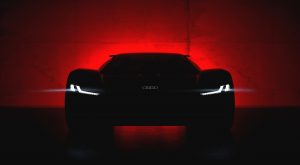 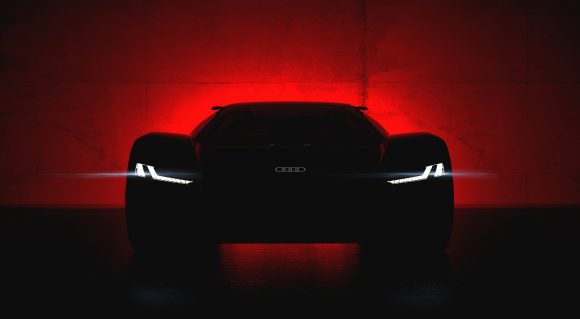 IT LOOKS like Audi has plans for a supercar in its electric future, with the firm teasing an all-new concept that’s set to be unveiled next month.

Dubbed PB18 e-tron, the battery-powered preview takes its abbreviated name from the Pebble Beach Car Week, where the full thing will be revealed on August 23.

Little information about the car has been released, but the teaser picture hints at a seriously sleek design with Audi’s trademark matrix LED headlights clearly visible up front.

Should it enter production, it wouldn’t be the first all-electric performance machine from Audi. Back in 2015, the German firm revealed the R8 e-tron — a battery-powered variant of the sports car that was built in incredibly limited numbers on an order-only basis.

The Audi PB 18 e-tron concept supercar will have its world premiere on Aug. 23 at Pebble Beach Car Week: https://t.co/trPR9h2nSZ pic.twitter.com/kUuffkGXJT

The concept is also inspired by Audi’s endurance racing efforts. The manufacturer says the PB18 e-tron ‘recalls’ the R18 e-tron hybrid prototype, which won the Le Mans 24 Hours in three consecutive years from 2012 to 2014.

Later this year, Audi will also market an all-electric SUV. Named the e-tron, it will become the first mass-market BEV car from the firm — although details regarding the powertrain and range between charges have yet to be confirmed.

Expect to hear more about the Audi PB18 e-tron next month during the Pebble Beach Car Week, taking place from August 18-26 in California, USA.

MORE: It’s time to get nominating for this year’s Used Car Awards