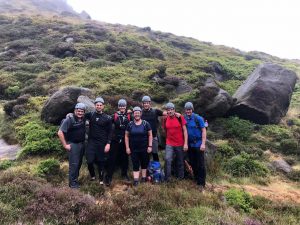 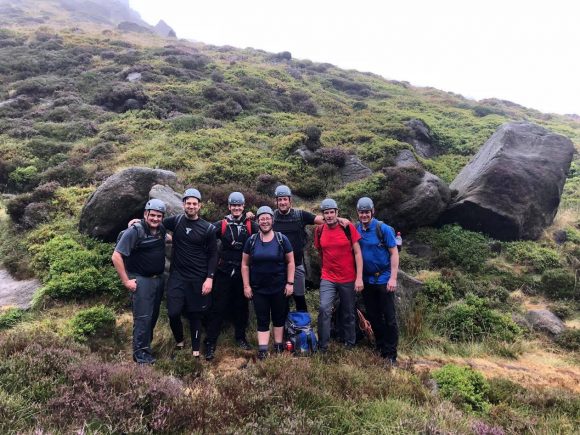 VIDEO: CarShop executives tackle the great outdoors and raise over £10,000

EXECUTIVES from CarShop have tackled a variety of outdoor challenges to raise money for the company’s charity partner.

Travelling to Edale in the Peak District to ‘Challenge the Wild’, the team embarked on a busy seven-hour session of activities.

These included a nine-mile hike over varying terrain, climbing rock faces and abseiling down them; and crossing a canyon on a rope with nothing to help them but gravity and their strength – known as a ‘Tyrolean traverse’. Most of the party achieved the feat in less than a minute!

Money raised via the event – held as part of the CarShop Cares programme – will go to ‘Make Some Noise’, the official charity of Global, the media and entertainment group.

Jonathan Dunkley, CEO of CarShop, the used car division of Sytner Group, said: ‘It was a great day that not only pushed us to our limits, but also raised a lot of money for CarShop’s charity partner which does fantastic work.

‘The tremendous effort from the executive leadership team meant they met their goal of raising £10,000 for the charity and the total is still rising.’

The amount that the CarShop Cares programme hopes to raise for Global’s Make Some Noise is a massive £80,000 – and it hopes to reach that sum by the end of the year.

The organisation supports small projects across the UK, all of which work to change the lives of youngsters and their families who are living with illnesses, disabilities or experiencing a lack of opportunity in their lives.

Staff from right across CarShop are embarking on their own challenges to ensure the £80,000 target is met with every member of staff entitled to a day in lieu to raise funds.

Since the scheme began at the end of 2016, a huge £117,676 has been raised for Global’s Make Some Noise with that figure getting bigger every day.