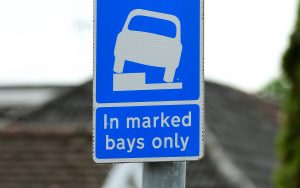 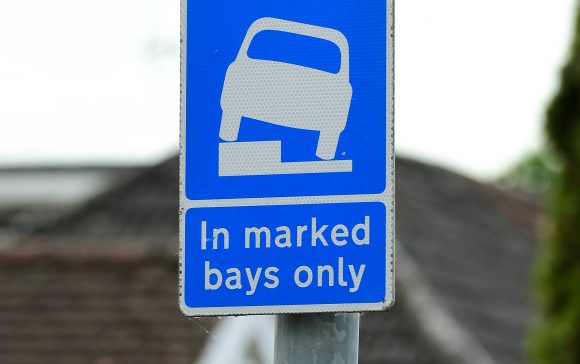 Consultation launched on plan to ban pavement parking across England

Parking on pavements could be banned across England under government plans to ease journeys for disabled people and parents pushing prams.

The practice is banned in London but elsewhere in the country it is only prohibited for lorries.

The Department for Transport is considering extending the London-style ban nationwide, making it easier for councils to prohibit pavement parking and giving councils the power to fine offenders.

Passengers from Zante to Cardiff told to quarantine

All passengers who were on a flight to Wales from the Greek island of Zante have been told to self-isolate after some of those travelling tested positive for Covid-19.

At least seven positive cases have been identified among three different parties on the Tui flight 6215 to Cardiff on August 25, according to Public Health Wales.

Health officials said all passengers on board the flight are now being considered close contacts and must self-isolate. 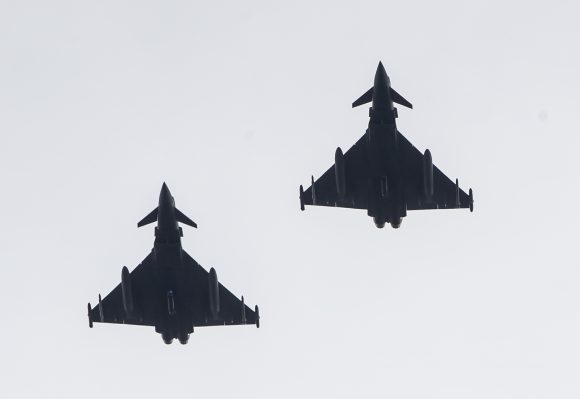 Typhoons seen from Endcliffe Park in Sheffield, as warplanes from Britain and the United States stage a flypast tribute to ten US airmen 75 years after the crash that killed them.

A plane was intercepted by RAF Typhoon jets yesterday after unconfirmed reports of a security threat on board.

Counter-terrorism police said they detained two men at Stansted Airport under Schedule 7 of the Terrorism Act once the flight from Vienna landed.

A 34-year-old man from Kuwait and a 48-year-old man from Italy were detained by counter-terrorism officers from the Eastern Region Special Operations Unit soon after 7pm on Sunday, the unit said in a statement.

Chancellor Rishi Sunak has been warned against tax hikes in his November budget, with Conservative backbenchers fearing they would damage economic recovery.

The intervention followed speculation the Treasury could raise £20bn through extra levies to deal with the fallout from Covid-19.

Chief Secretary to the Treasury Stephen Barclay refused to comment on reports that pension tax relief could be cut, capital gains tax increased, and corporation tax adjusted from 19 per cent to 24 cent. Backbencher Marcus Fysh said the plans were ‘counter-productive’.

Plastic bag levy to be doubled

The fee for plastic carrier bags is set to double from April next year, with the charge being extended to all shops in England, the government has announced.

Small retailers – defined as those employing 250 people or fewer – will no longer be exempt from the levy, the Department for Environment, Food and Rural Affairs (Defra) said.

Following a public consultation last year, in which the ‘vast majority’ of respondents welcomed the changes, the minimum charge for single use carrier bags will increase to 10p.

Hays boss not ‘turning back on the office’

The boss of recruitment giant Hays has said there will be no ‘turning our back on the office’, and insisted employees will return to their workplaces once Covid-19 fears ease.

But the number and location of offices will change, as will the balance of remote and office-based working as the pandemic leaves lasting changes in the corporate world, he added.

The boss of Waitrose has said the upmarket grocer sees its split from delivery partner Ocado as a big opportunity as it looks to tempt customers on to its own platform.

The supermarket chain was dealt a major headache last February when Ocado said it would launch a new £1.5bn delivery partnership with Marks & Spencer and bring its 20-year relationship with Waitrose to a close.

But recently-appointed Waitrose executive director James Bailey said it has enabled the company to shake up its ‘potentially undervalued’ online operations during a period of rapidly growing demand for grocery deliveries.

Today, high pressure will bring further dry and settled conditions, says the BBC. There will be some sunny spells in the morning and a good deal of cloud into the afternoon.

Sunny spells will remain into the evening then they’ll be clear periods for most areas overnight.

Tomorrow, central and eastern England will be dry with bright spells. However, further north and west, it will be cloudier and breezy with showers.