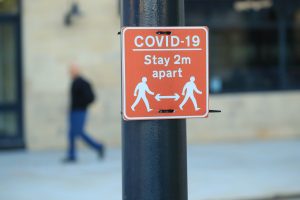 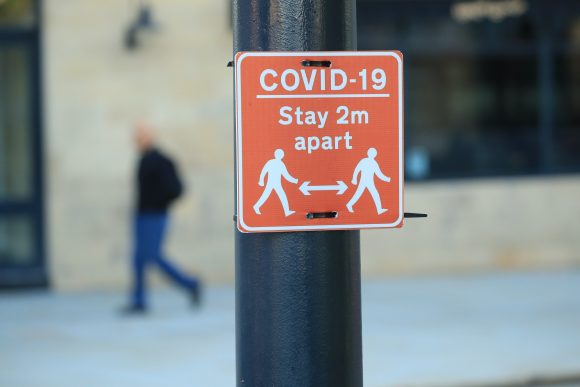 Mixing in pubs and houses leads to lockdown for Preston

Households mixing in pubs and houses has been blamed for a rise in coronavirus cases in Preston as the city became the latest area to have local lockdown restrictions imposed.

The Department of Health and Social Care said it had been added to a watch list as an ‘area of intervention’ at the request of the local authority and comes a week after the same measures were brought in for residents in Greater Manchester, parts of east Lancashire and West Yorkshire, as well as Leicester.

Local leaders in Preston said people mixing with other households in pubs, as well as in their homes, led to a need for increased coronavirus restrictions. Households in the city are now banned from mixing indoors or in gardens. The restrictions will be reviewed again next week, with any changes to be announced by August 14.

It comes as face coverings are made compulsory today in England and Scotland in indoor settings including places of worship, museums and aquariums, while in England they now have to be worn in cinemas and funeral homes and in Scotland they must be worn in beauty salons and banks.

Thousands of NHS workers are expected to take to the streets in towns and cities across the UK today (Aug 8) demanding a pay rise.

Health service staff were excluded from the wage increase for around 900,000 public sector workers announced a couple of weeks ago because they are in the final year of a three-year pay deal.

Instead they are due a pay rise next April, but unions want the government to show its appreciation for NHS staff by bringing it forward to this year.

A flight carrying Indians stranded abroad by coronavirus skidded off a runway and split in half, killing at least 18 people.

More than 120 other people were injured, 15 of them critically, when the plane cracked into two pieces while landing in Kerala in heavy rain.

Britain is to call on France to crack down harder on migrants attempting to cross the Channel by boat, including taking them back to French ports rather than shepherding them to the UK.

Immigration minister Chris Philp will meet French counterparts next week in a push to eventually shut down the Calais-to-Britain route, and will call for migrants caught trying to cross the Channel to be fingerprinted and face ‘real consequences’, including being deported or taken into custody. 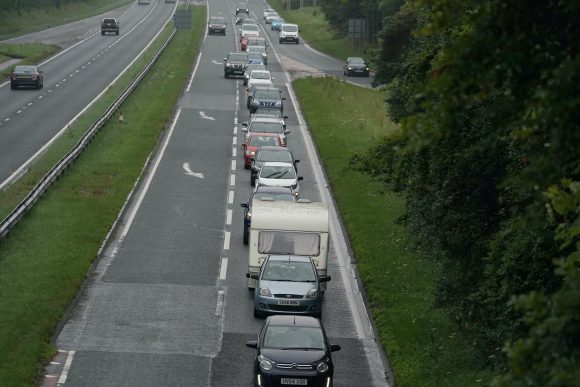 Motorists in the UK will take 45 million day trips in August as people avoid travelling abroad because of the coronavirus pandemic.

A survey of almost 1,500 drivers on behalf of RAC Breakdown found that 28 per cent were intending to take more day trips than last year, with 49 per cent saying they were planning at least one day trip this month.

The figures don’t include people planning overnight stays, suggesting that holiday traffic volumes could be even higher than predicted.

The AA has said it won’t be publishing a planned pre-close trading update on August 11 because of refinancing talks it is holding with various companies that could see it bought out.

As reported by Car Dealer earlier this week, the motoring organisation announced that it was having discussions to reduce its multi-billion-pound debt, £913m of which needs to be paid within two years.

It still intends to publish its interim results for the six months to July 31 on September 29.

Private schools are reportedly seeking legal advice as they prepare for a flood of appeals from parents ahead of A-level results day on August 13.

The Times says that exam boards are also under pressure to make appeals free so poorer pupils don’t miss out, and that 40 per cent of teacher predictions for A-level results will be lowered.

The developments come as British students await their final results in a year made extraordinary because of the coronavirus.

Today
Any early areas of mist, fog and low cloud will soon burn off. It will then be a dry and fine day across much of the UK with lots of sunshine and some patchy fair-weather cloud at times. Slightly cooler than Friday for most but remaining very hot in the south-east. A gentle north-easterly breeze.

Tonight
A fine evening for most with sunshine, but low cloud and mist may move in from the North Sea across parts of northern and eastern England. Overnight, most will remain dry but rather cloudy for England and Wales, with the chance of a few sharp showers. Remaining muggy in the south.

Sunday
High pressure will continue to dominate, bringing further dry and warm conditions for most with spells of sunshine, although there will be a few areas of cloud building, along with the chance of catching the odd sharp shower in the afternoon. Staying hot and humid in the south.