Auto Trader ‘not losing any sleep’ over RAC Cars listing

AUTO TRADER’s chief says he is not losing any sleep over the emergence of RAC Cars into his domain.

RAC Cars has insisted it is on target to have more than half a million cars on its new listing service by the end of the year, and passed the 200,000 listing milestone within 55 days of launching its free service.

But Auto Trader’s CEO Trevor Mather says while the RAC’s emergence is interesting, he doesn’t see it affecting Auto Trader in any significant way. 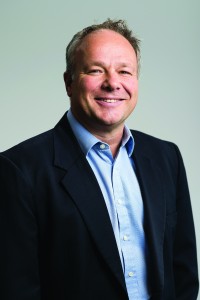 ‘The RAC has been in the market a long time, and is a brand people think about when they break down on a motorway – not particularly when you’re looking at buying or selling a car, ‘ he said.

‘Why wouldn’t retailers put their stock on a free marketplace as long as it’s no hassle to do?

‘But the feedback we have got from people who have tried it is they are not getting any response.

‘It’s a real challenge in today’s consumer world to establish yourself as a brand for doing some specific. If you are the RAC, are you going to invest brand and marketing money to drive that, or are you going to spend it on your core business? There’s a risk to doing this – they could spend a lot of money on advertising, but not get any audience. And if there is no audience, people who put their cars on the site will go away again.

‘We are clearly worried if anyone comes into the marketplace and does something that disrupts and does something different, and that consumers like and get attracted to. But the share and the number of visits we get are either being maintained or are growing, which means the others – and there are lots of them – are fighting for the rest of the pie.

‘We are always watching the market to see what happens and if any good ones comes along we will work out how we beat them, but if we can keep our share that’s the most important thing for us. Instead of having a number two in the market appear, you just have loads and loads of number 10s.

‘I’m not losing any sleep over RAC Cars now, and I didn’t when it was announced.’

MORE: Cartotrade.com off to a blistering start

On SuperUnleaded.com: Ten Giorgetto Giugiaro designs that changed the world