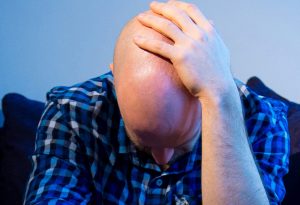 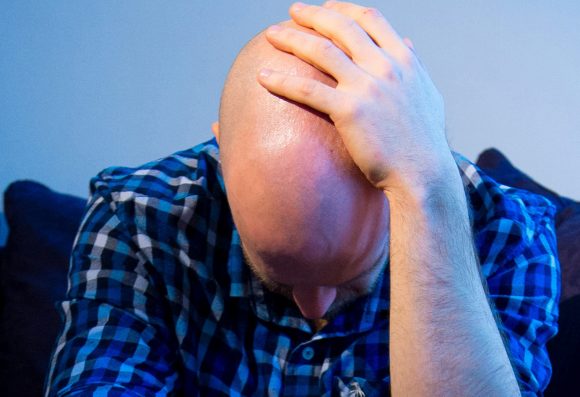 A former senior automotive industry executive who nearly committed suicide because of work and life pressures is hoping to help others who are struggling with depression and anxiety.

And he is urging car dealer bosses to put in place mental health champions in their businesses – just like they do for nominated first aiders or fire marshals – so staff know who to talk to if they need help.

David Cain has launched Automotive Minds, whose self-stated aim is to professionally develop and care for the minds of people who work in the automotive industry.

In a no-nonsense, searingly honest post on the Automotive Minds website and on LinkedIn, he has gone public with his mental health battles as well as his fight back from the abyss.

He told Car Dealer: ‘It’s about turning a negative situation into a positive one.’

Now a certified practitioner in mindfulness and cognitive behavioural therapy techniques, Northwich-based Cain was previously head of business at Liverpool Audi, while before that he was general manager at the Stoke FordStore.

He has also held other senior job roles at TrustFord Manchester, working in the industry for a total of 19 years.

Cain is offering e-learning, web-based training, plus traditional face-to-face training, as well as developing bespoke learning programmes for organisations, and hopes to work with dealer groups as well as automotive industry charity Ben.

‘I love the automotive industry, it’s phenomenal, it’s made me who I am today in terms of security for me and my family, etc, but equally our industry is susceptible to mental health problems in the dealer network and supporting companies,’ he told Car Dealer.

‘And because I’ve lived through it and been successful in my career I’ve got a lot to offer in terms of training and consultancy.

‘But also having lived through this I think I can make a profound difference to organisations in terms of developing mental health and well-being policies, which I don’t think are on the agenda at the moment.

‘I’ve yet to see a business that has got a robust mental health and well-being policy which encourages people to actually speak.’

Cain was keen to emphasise that the companies he’d worked for weren’t to blame for his problems, but added: ‘I believe every business should have a mental health and well-being champion on site.

‘You go round a business and you’ll see who the fire marshals are and who the first-aiders are, but I think we should also know who is the first aid mental health champion who has been trained to listen effectively and signpost a colleague to the right source of professional help but also then be an ongoing support at dealer level for that colleague.’

He said that although there were training courses as regards mental health and well-being, and that people were being sent on them, what was essential was for this to be followed up back at dealerships.

Cain told Car Dealer how personal losses had added to work stresses and feelings of inadequacy, but rather than deal with the anxiety and depression he was experiencing, he felt he had to be strong for others while inwardly he was in turmoil.

Things eventually came to a head when he found himself in floods of tears while driving along a motorway at 70mph and seriously considering turning off at speed to end things for himself.

Just as he was about to do so, though, an image of his two young children popped into his head, and he found himself pulling in.

Having sought professional help to vanquish his mental demons and undergone training in mindfulness and cognitive behavioural therapy techniques, he is determined to help others, especially as he said a recent study – the Business in the Community’s 2019 Mental Health at Work report, extrapolated from YouGov survey data that polled more than 4,000 employees – showed that one in four workers fear negative consequences if they make their mental health issues formal.

He added: ‘And one in 10 of those who did were either dismissed, demoted or disciplined. That is just wrong on every level.’

He said it was also estimated that up to one in four people in the UK today has a mental health concern, so did HR directors know who those people could be in their business?

Cain added: ‘I just want to make a difference to other people so they don’t get as far down the road as I did, because once you’re that far down the road it’s a very, very dark place to be, and we can make sure that people don’t get that far,’ he said.

He can be contacted on 07368 211595 or via the Automotive Minds website at automotiveminds.uk 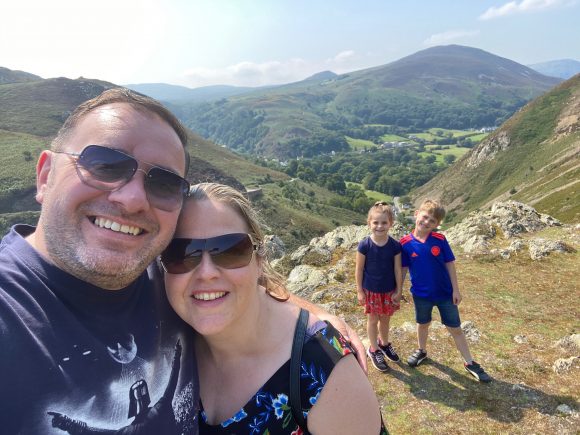 David Cain, wife Kathryn and their two children at the Sychnant Pass, Conwy