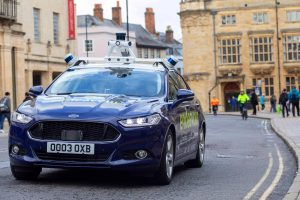 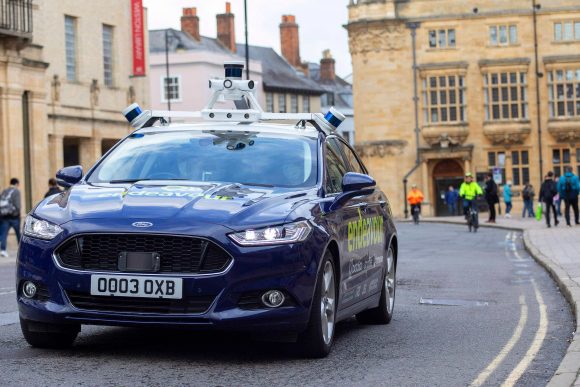 Six autonomous cars are travelling on a nine-mile route around Oxford as part of a major new trial of the new tech.

The project is believed to be the UK’s first multi-city trial and sees the cars travel between the city’s main railway station and Oxford Parkway station.

They are fitted with Level 4 autonomous technology, which means they are capable of performing all driving functions under certain conditions – but a driver who can take over the controls sits in the vehicles.

The government-backed Project Endeavour is being led by Oxford-based firm Oxbotica.

‘It aims to create a flexible, scalable model that will make the wide-scale deployment of autonomous vehicles quicker, easier, and more efficient – whilst maintaining the highest safety standards.

‘This project is about far more than just technology, it is about helping our cities and local authorities prepare for autonomy and to begin thinking about how to deploy it in such a way that helps urban planning and reduces congestion.’

The project will be expanded next year to include Greenwich in south-east London and a third, unconfirmed city.

Smith added: ‘The UK’s towns and cities differ greatly, each with their own quirks, from varying road design to urban planning.

‘That’s why we’re running trials in three major UK cities, so that we can design autonomous vehicle services that address all the complexities of urban life – and be scalable to diverse locations across the UK and further afield.’

Project Endeavour will run until autumn 2021.

In August, the Department for Transport announced a consultation on proposals to make hands-free driving legal on UK roads.