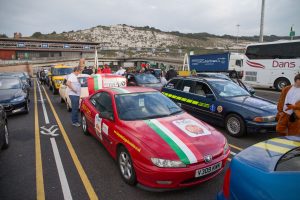 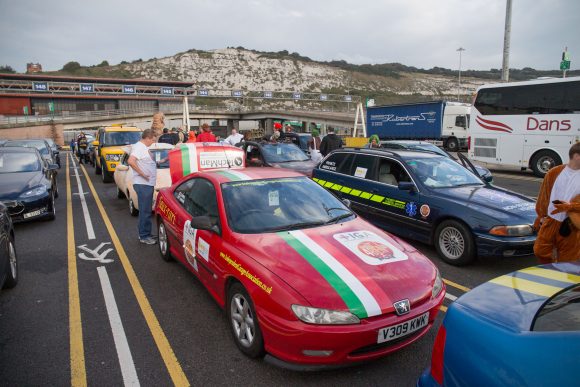 IN typical fashion, Bangers4BEN day one was a comic, calamitous affair.

After a last minute, late night fur sticking session, Car Dealer’s Kat finally made it to Dover’s Premier Inn at gone 4am, and so it was blurry-eyed (but bushy tailed – literally) that we arrived at Dover Port less than four hours later. 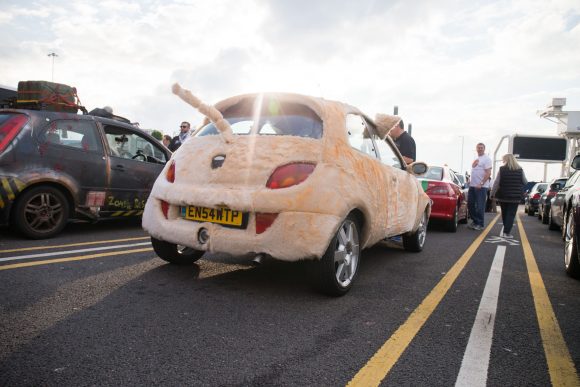 We were greeted by a sight that could have come from a low-budget spoof comedy. A dinosaur roamed between three rows of eccentrically-decorated bangers, while a nun chatted to a minion next to the Batmobile. 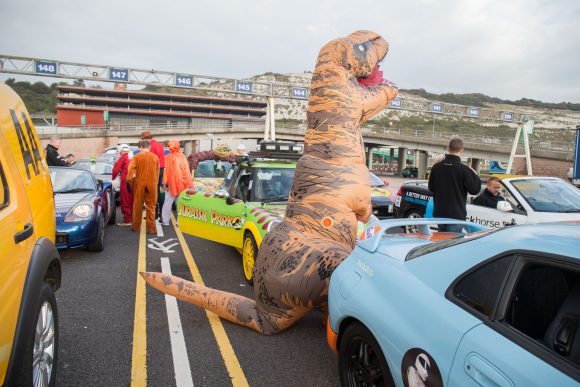 As we got stuck in shaking paws and exchanging tails (get it?), the bangers continued to gather. By the time the ferry call was made at 9am, the colourful collection of almost 40 cars was causing quite a stir amongst the port’s holiday goers.

However, there was one noticeable absence. Car Dealer’s second banger, driven by Andy Entwistle and Piers Montague, was nowhere to be seen. A quick phone call revealed why – their 1999 Daihatsu HiJet was struggling to hit 60mph, and as a result they were way behind schedule. 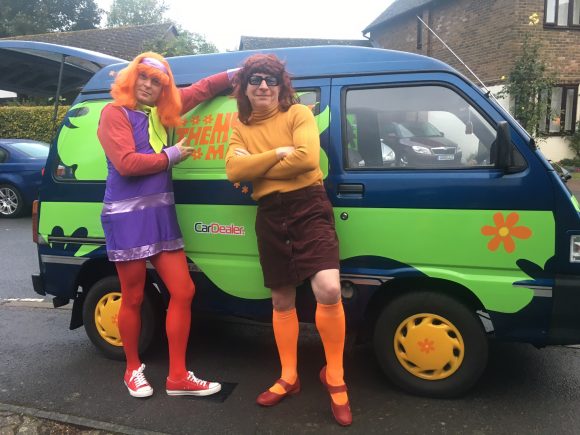 Things were only to get worse for the pair, as when they finally arrived in Dover – after the ferry had left – a water pump issue was to render their Mystery Machine undriveable.

Meanwhile, the ferry had begun to load. When the car in front of him drove onto the boat, snapper Jon Reay followed suit, leaving me stood vehicle-less amongst the queuing cars.

As the bangers filed on, I dashed between them looking for a ride. ‘No space’, and ‘our rear doors are covered with fur’ were just two of the refusals I received.

Finally, the Batmobile driven by Car Dealer Becca and Prestige Diesels’ Alexis came to the rescue. 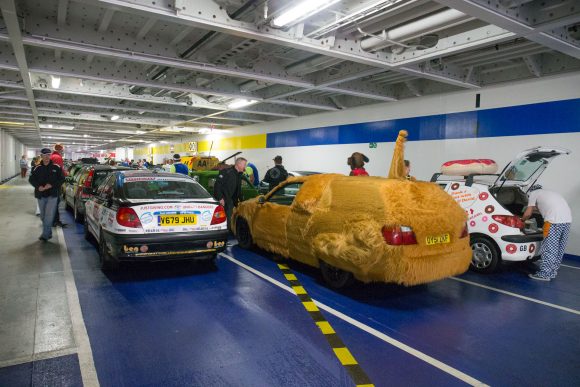 Once aboard the ferry, Kelly from Ben started the greeting speech, with Becca standing in for the absent Andy.

Everyone’s outfits caused serious amusement for the other travellers, and it was only it after multiple selfies that we disembarked in Calais. 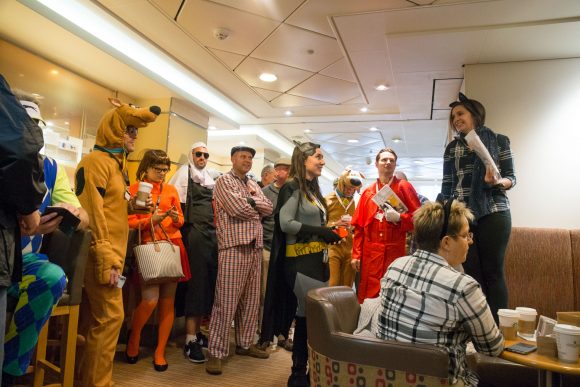 Four-hundred miles of picturesque French motorway followed, broken up by the occasional banger, and plenty of bemused motorists waving at us and filming. Happy to oblige, we wagged our rear-windscreen wiper tail at them.

A slipping clutch plagued the Kat for the latter half of the drive, and upon arrival in Colmar we asked the AA team their opinion. Promising to check it out in the morning, they filled us in on the minor fixes that they’d carried out throughout the day.

Despite rumours suggesting otherwise, the only real casualty of B4B16 day one was Car Dealer’s own. However, after hiring a rental car and catching a later ferry, Andy and Piers still made it to the hotel before a number of the bangers – our furry Ka included.

Over well-needed beers, the teams swapped stories and anecdotes.