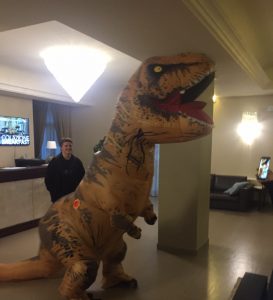 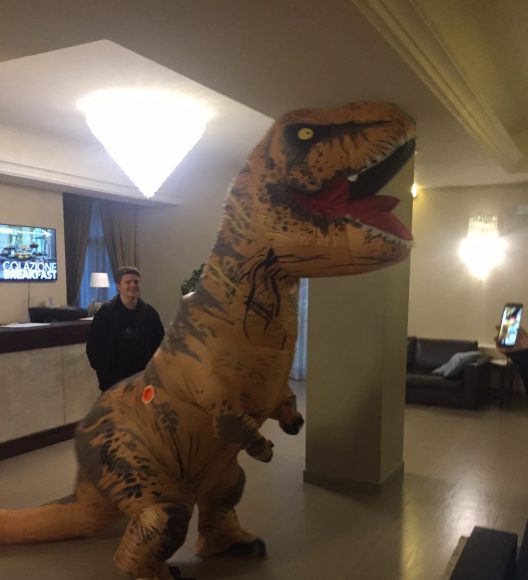 Meanwhile, the other bangers were racing their way across France, through Switzerland and into Italy.

While we couldn’t keep up with the teams, we followed their antics on Twitter.

And antics they certainly were!

I feel there will be one or two delicate #b4b16 peeps today. Breakfast room is very quiet… Looking forward to day 2! pic.twitter.com/a5MR0Vnq5i

You wait for years for a mystery machine, then two come alone at once! #b4b16 pic.twitter.com/EQ91B4FnH3

And we’re off on Day 2 of #B4B16 as we head to Maranello Italy and the Ferrari museum @citnow… saw these chaps teeing off too… pic.twitter.com/zZoQJaS6lP

Unfortunately there’s nothing in here to help find a Ka clutch in France on a Sunday, so the Kat is getting left behind (for now)… #B4B16 pic.twitter.com/3UdO4bZN0p

Just William letting his dog run free after leaving it tied up for the night… #bless #b4b16 @citnow pic.twitter.com/TKzJFdZ46s

The Judge @LawgisticsSales taking time to have photos with his fans #b4b16 …or should I say fan #singular pic.twitter.com/i8EWtc5KrF

Forget #GotHam we’re on our way to #GottHard #b4b16 pic.twitter.com/XUqTcgIwYH

5th country in 48 hours. weather has perked up. Italians are much more fun on the road #YOLO #b4b16 pic.twitter.com/CVSXrYhwRv

Theres 106 miles to Maranello we’ve got a full tank of gas half a pack of Parmesan it’s dark out and we r wearing sunglasses#Bugetti #b4b16 pic.twitter.com/xqsEencQxO

The bats are back, well, cats today. Nearly there! #B4B16 @PrestigeDiesels pic.twitter.com/D21TdFHmZ2