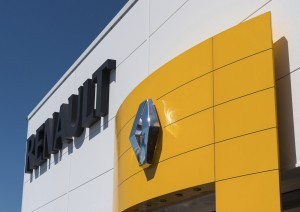 Renault Retail Group has appointed Barry Jones as managing director of its UK operations, replacing Richard Hemming who has left the group.

Jones will oversee all Renault Retail Group activities across its Renault, Dacia and Nissan sites in the country.

Renault Retail Group is the second largest Automotive Group in Europe and has 19 outlets in the UK, including 18 Renault sites, six Nissan and one used car supermarket.

Jones, 47, said: ‘I am very proud to be appointed as managing director, especially during a time of great growth for our manufacturer partners. I’ve always been committed to achieving such a position within the group and I look forward to driving the company towards the next level of volume in line with Renault, Nissan and Dacia’s aspirations.’

MORE: Ford stands to benefit from emissions scandal, according to chairman

On SuperUnleaded.com: Pining For An E-Type? Yew Should Try This Replica