Home > News > BCA smashes its record for most expensive Ford with £61,000 Escort Cosworth 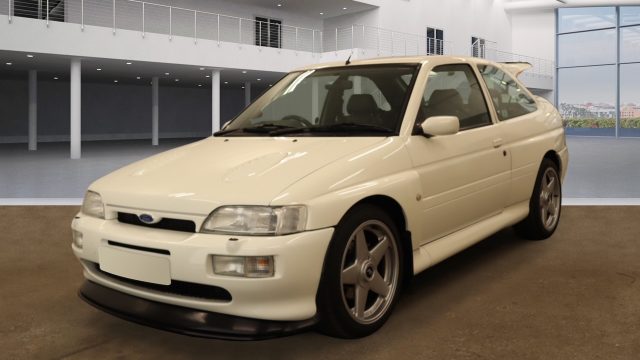 BCA smashes its record for most expensive Ford with £61,000 Escort Cosworth

British Car Auctions has sold its most expensive ever Ford after an Escort Cosworth went for £61,000.

BCA sold the 1995 Cosworth Lux model in an online sale with a bidding war breaking out among enthusiasts who were desperate to get their hands on it.

The N reg saloon eventually sold for £61,000 making it the most expensive Ford ever sold by the auction house.

The classic was finished in white with black leather trim and sitting on the original 16” Escort Cosworth alloy wheels with centre caps.

The car was complete with two sets of keys, the Ford handbook and operating manual and a full service history book plus a folder full of receipts.

A spokesman for BCA described it as ‘beautifully presented’ and was not surprised to see it smash the record.

Stuart Pearson, COO of BCA UK, said: ‘BCA sales remain exclusively online, giving our customers the easiest access to the widest choice of stock in the wholesale market with thousands of vehicles available to purchase daily.

‘High value sports, luxury, performance, specialist and classics, such as this Ford Escort Cosworth, have seen values climb as a result of the nationwide exposure BCA’s online sales programme delivers.

‘We’ve seen record numbers of customers logging in and buying online – typically up to 10,000 logging on via our website or the BCA Buyer app to bid for stock each month –  and average values outstripping market expectations by a significant margin.’

BCA remains one of few auction houses yet to return to physical sales.

Earlier this year, Car Dealer reported how the welcoming bidders back to auction halls had led to an unprecedented boost for a number of firms.