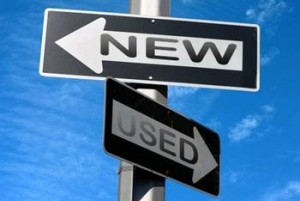 Blurred lines: Buyers are more open-minded when planning a purchase

EVIDENCE from Auto Trader suggests that the lines between buying a new car and buying a used car have become increasingly blurred.

Today, consumers are far more likely to consider both, rather than starting from the premise that they want either one or the other.

That compares with 43 per cent and 61 per cent respectively for the same period a year earlier.

‘That may have something to do with the changing face of ownership in the new car market. The new car market is increasingly driven by PCP deals where monthly payments, rather than outright price is key. It would certainly explain why there has been such a dramatic increase in those considering new cars, before buying a used model.’

Once again, the research revealed that not getting the asking price was the biggest obstacle for consumers in trying to sell their cars. Forty-two per cent cited this as an issue, compared with 27 per cent for the same period in 2014.

MORE: Sponges at the ready for Motorpoint charity car wash

On SuperUnleaded.com: Porsche fans get their own back on car crushing fashion label