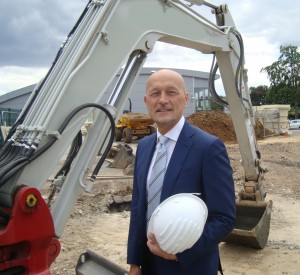 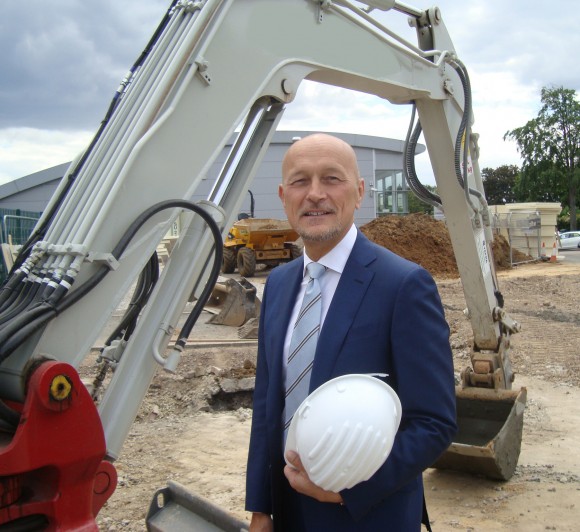 Paul Brayley at the Enfield site

BRAYLEYS is expanding its north London operations with a seven-figure investment in the construction of a new Kia dealership in Enfield.

Having operated the Honda franchise on Great Cambridge Road for more than six years, following the purchase of the business from Alan Day in 2009, Brayleys acquired the freehold on the adjacent site in 2014 and secured planning permission to build an eight-car showroom and workshop.

Brayley Kia in Enfield will be the second Kia franchise for Brayleys, following the launch of its first one in Harpenden, Hertfordshire, in 2012. It is scheduled to open in October with the creation of up to 20 new jobs.

Paul Brayley, managing director of Brayleys Cars, said: ‘We’re very excited at the prospect of expanding our business with Kia in Enfield, which will offer motorists an even greater choice of cars. With construction of the new showroom, workshop and customer facilities well under way, we’re on course to open our doors in October.’

BLOG: Why Britain deserves its own motor show