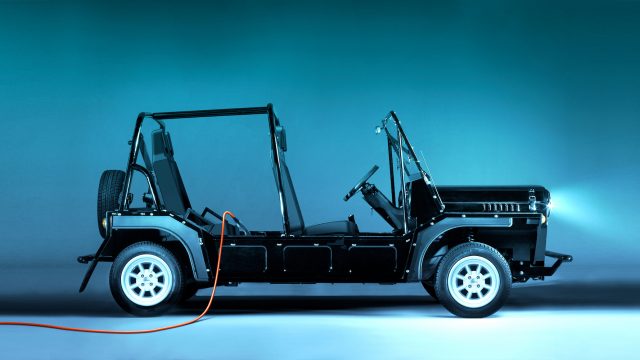 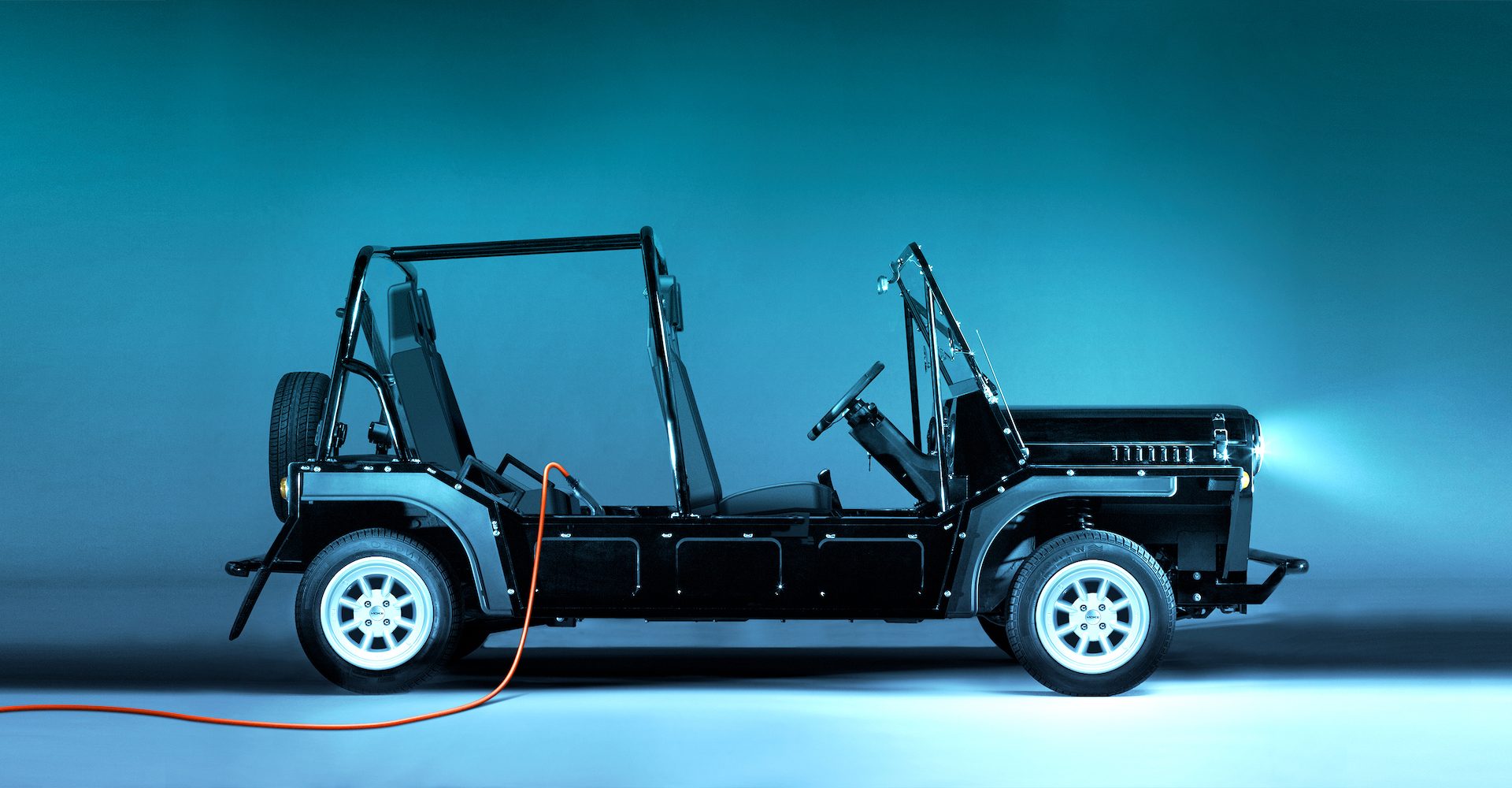 The company hasn’t revealed any specific details about the car’s battery only that the electric Moke will be able to travel up to 89 miles, and a full charge will take a claimed four hours via a Type 2 charging port.

Prices start at £29,150 and there’s a selection of five colours avaialble. Customers will be able to personalise their Mokes later this year, said the firm.

Dealer group Hendy remains the UK’s sole distributor and currently offers the petrol-powered Moke from dealerships in Poole and Exeter.

It’ll begin customer deliveries of the Moke Electric next month.

Speaking on the Car Dealer Podcast, Hendy boss Paul Hendy said: ‘Moke is a bit of fun – it takes you back in time.

‘We do extremely well with it – they’re small, modest numbers of course – but it’s nice to do something a little different, and we’re selling them to people all over the country.’

Announcing the new electric Moke, Robin Kennedy, commercial director, Moke International, said: ‘Moke is all about country roads, beach excursions, the summer breeze in your hair and enjoying the journey, rather than hurrying from A to B.

‘We’ve taken the original Mini Moke, created by Sir Alec Issigonis and reimagined it for today’s world – and tomorrow’s – as a fully electric vehicle.

‘In recent times, petrol-powered Mokes have been championed by everyone from Kate Moss to George Russell.

‘Our team has been working relentlessly for three years to engineer and manufacture a worthy, sustainable successor with the latest technologies.

‘Made in Britain, the Electric Moke is now ready to inspire and delight a new generation.’

Moke International has also announced the opening of a new ‘experience’ centre.

Called ‘Casa Moke’ in Saint-Tropez is the next step in the company’s vision ‘to become the world’s most loved beach lifestyle brand’, it said.