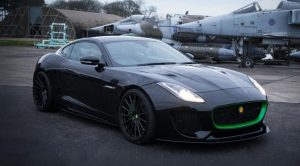 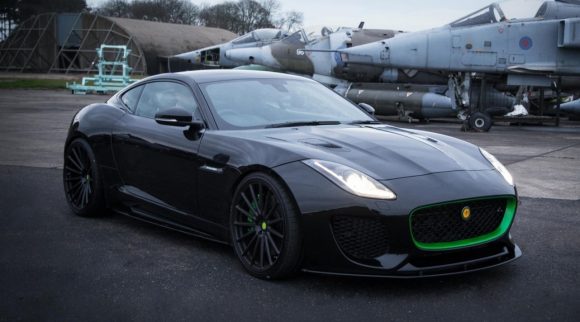 LISTER has received £3.1 million-worth of orders for its new Thunder supercar, just 24 hours after it was announced.

Setting a company record for pre-orders, the new 666bhp car uses a Jaguar F-Type as its base and is powered by a Lister-tuned 5.0-litre supercharged V8.

The limited-run Thunder will have a top speed of 208mph and hit 100mph in just under seven seconds.

Lawrence Whittaker, chief executive of Lister, said: ‘I am delighted, overwhelmed and gratified by the huge level of interest and excitement the Thunder has already generated.

‘Following the release of the prototype, the number of phone calls and email enquiries have been bonkers!

‘Securing more than £3 million-worth of orders within the first 24 hours is a company record, and I am now even more thrilled to be revealing the Thunder to the world at ExCel on February 15, as the car looks even better in the metal, carbon-fibre and Nappa leather than it does in the photographs.’

Full specifications of the Thunder will be released when the car is officially unveiled at the Historic Motorsport International event on February 15.

However, the firm has revealed a few features to whet the appetite of potential owners.

The car will include a carbon-fibre front bumper with an extended splitter for increased downforce, and a carbon-fibre rear bumper that houses the enlarged Lister carbon exhaust tips – the firm says these give a thunderous note when driven hard.

Lister has also made several changes inside the car. A custom interior is finished in Bridge of Weir Nappa hide and available in 36 colours.

The dashboard, roof lining and steering wheel are all hand-stitched in matching Nappa leather, with contrast stitching to match the accents of the exterior.