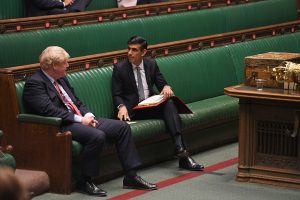 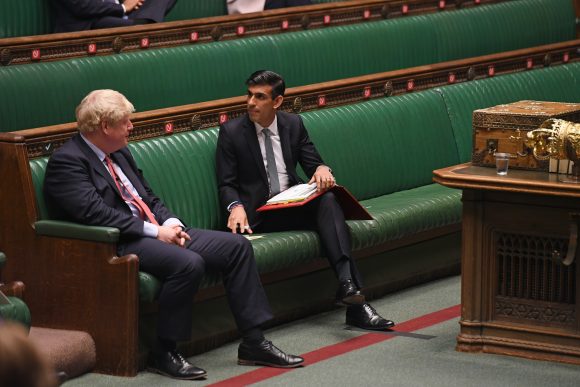 Rishi Sunak has revealed a new package of support for businesses and employees affected by the tier structure introduced to halt the spread of coronavirus.

Addressing the House of Commons this lunchtime (Oct 22), the chancellor said the revamped Job Support Scheme, which starts on November 1, would now see employer contributions to unworked hours reduced from 33 per cent to just five per cent.

Meanwhile, whereas employees had to work 33 per cent of their hours before, the minimum hours requirement will now be 20 per cent, ie, the equivalent of one day a week.

The government will be paying at least 62 per cent for the unworked hours.

A Treasury example of how this pans out means that if someone was being paid £587 for their unworked hours, the government will contribute £543 and their employer just £44.

As such, employees will take home at least 73 per cent of their pay for working a fifth of their hours.

– Government pays at least 62% for hours not worked
– Employer contribution cut from 33% to 5%
– Employees take home at least 73% of pay for working 20% of hours pic.twitter.com/X0MrQdNANz

Employers will also continue to get the £1,000 Job Retention Bonus.

Where businesses have been legally obliged to close because of the restrictions, the government will pay 67 per cent of workers’ wages and the employers won’t have to pay anything.

Meanwhile, the maximum income support grant for self-employed will double from £1,875 to £3,750.

The Treasury said these grants will be available for anybody who is self-employed and has been told to temporarily stop trading, or who is facing significantly reduced demand, regardless of whether they live in a Tier 1, 2 or 3 area.

There will be two more grant payments, covering the three months from November to January and February to April.

The support will be available across the UK, regardless of which tier an area is in, and is available for all small businesses plus larger ones that can demonstrate their income has suffered.

Sunak said it would mean more jobs would be protected and that it was ‘better for business, better for jobs and better for the economy’.

He added: ‘I know that the introduction of further restrictions has left many people worried for themselves, their families and communities.

‘I hope the government’s stepped-up support can be part of the country pulling together in the coming months.’

Grants of £2,100 will be available for firms in Tier 2 areas of England that aren’t forced to shut but are still being badly hit by the restrictions. These will be mainly aimed at helping the hospitality, leisure and accommodation sectors.

The grants will also be available retrospectively to August for areas already subject to restrictions, and come on top of higher levels of additional business support for areas moving into Tier 3.

Meanwhile, grants of up to £3,000 will be available for businesses that have been legally obliged to close.

Around 150,000 businesses in England could be eligible, the Treasury said.