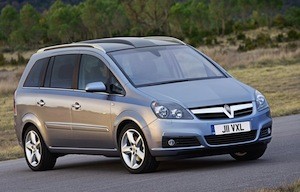 A CAR dealership has been fined fine for illegally selling an ‘unroadworthy car’, following an investigation by Hertfordshire Trading Standards.

Owner of the dealership, Leon Howman, pleaded guilty to two offences under the Road Traffic Act and the Consumer Protection from Unfair Trading Regulations on September 23 at West Hertfordshire Magistrates Court.

While Howman was away in Switzerland he left his brother, Bevis, in charge of running the Leon Howman Cars based in Hitchin, Hertfordshire, where he sold an 11-year-old Zafira.

He sealed the deal at a reduced price of £700 down from the original £995, as a trade sale to Trading Standards Officers posing as consumers in January this year.

According to The Comet newspaper, the car had a worn handbrake and a rusty ball joint that affected the steering, making the vehicle dangerous to drive.

The court heard that Trading Standards Officers had given comprehensive advice in 2010 to Leon Howman, including advice on checking the roadworthiness of cars.

Howman was also told that he could never restrict a consumer’s statutory rights with statements such as ‘sold as seen’, ‘no refunds’ and ‘trade sale only’, which try to disclaim liability.

Howman is said to have put the offence down to a mistake by his brother, who was left in charge of the business without knowing the legal responsibilities.

The business was fined £700 for the sales of the ‘unroadworthy car’ and £1,000 for trying to escape liability by calling the deal a trade sale. Leon Howman Cars was also ordered to pay prosecution costs of £1,645 and a victim surcharge of £120.