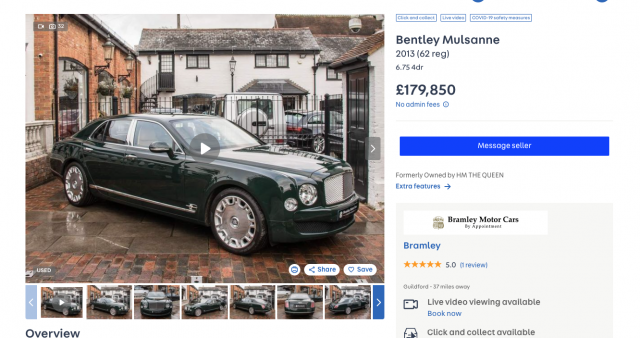 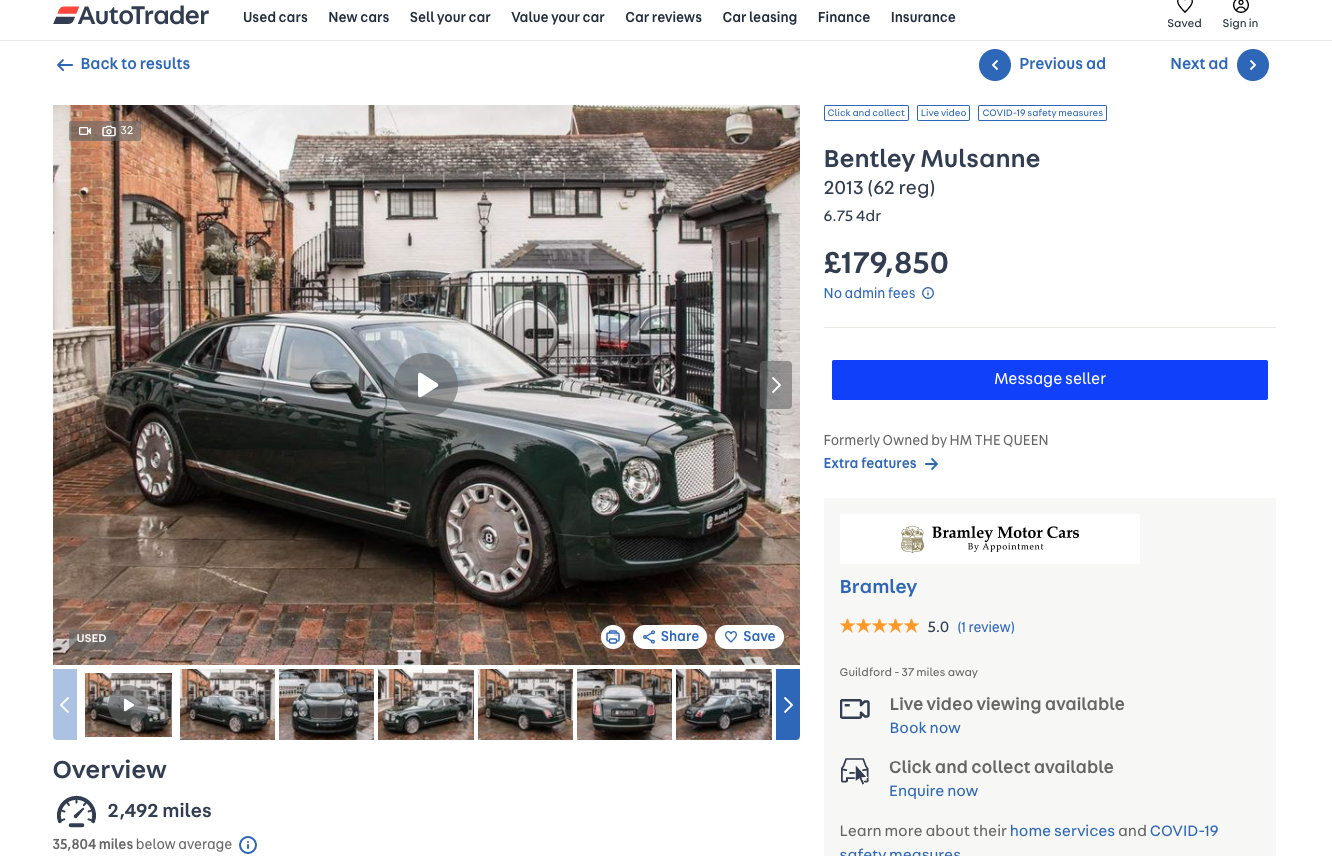 A car dealership is selling a Bentley with one careful owner – The Queen.

Surrey car dealer Bramley Motor Group has the Barnato green Mulsanne up for sale at £179,850 – around £100k premium over similar models.

The monarch used the car for ‘errands’ around London – short trips when other state cars were not appropriate.

Bramley Motor Cars is advertising the car on its website and Auto Trader.

It says: ‘It is with great pleasure that we are able to present to market a very special example of Bentley’s Mulsanne derivative.

‘This Bernato Green motor car was formerly owned by HM Queen Elizabeth II and was in service with the Royal Household from 2013-2015 with its exclusive use being to transport Her Majesty.

‘Whilst in service, the Mulsanne was looked after exclusively by Jack Barclay Bentley and it was returned to Bentley Motor Cars in 2015 in order for the car to be decommissioned from its royal uses.

‘Since then, the car has had its impeccable service history maintained within the Bentley main dealer network and as such presents and drives superbly today.’

One former owner of this Bentley – The Queen

The dealer says The Queen is known to have had two identical cars – one for use at Buckingham Palace and one at Windsor.

The dealer sold the car used in Windsor two years ago to a collector and says it is ‘a great honour’ to be finding the second car a home.

Bramley marketing manager Jack Morgan-Jones told The Daily Mail that the dealer had sold a ‘couple’ of Royal cars in the past.

He said: ‘We sold a Range Rover last year that was used to transport the Obamas on their state visit and Prince Philip famously drove it.

‘The Queen’s Bentley is such a unique car. It is fundamentally no different to any other Mulsanne but it has a fantastic history with it being owned by Her Majesty which is lovely.

‘It is a very special thing to have her cars and we always have interest. But because of the premium over a similar car, it has to wait for the right person to come along.’

The Mulsanne has picnic tables in the rear, is not bullet proof and has no special features other than those you’d find on a standard car.

The car was bought in 2016 by the dealership and put into storage and now takes pride of place in the dealer’s showroom.