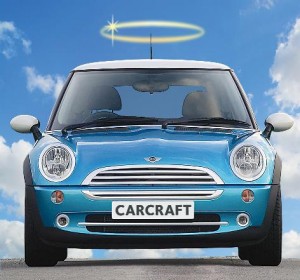 CARCRAFT has announced that Robin Bridge CEO has led a management buyout, purchasing the business for an undisclosed sum.

Bridge has bought the business from former owners the McKee brothers.

Darren McKee said: ‘Noel and I have not been actively involved in the running of Carcraft for the last five years as it had become non-core to the family’s interests and this was constraining its ability to realise its full potential. The last five years also coincided with the demise of the funding industry’s ability to lend to consumers.

‘We are delighted to pass the baton on to Robin Bridge and his team. Robin, who has been with the company for 16 years, has the knowledge and skills needed to progress further. He has been in the driving seat and treated the business as his own and we felt the time was right to allow him and his team to fulfil a management buyout. We are also pleased that consumer lending is rapidly improving and this bodes well for the Carcraft model.’

In 1998, the McKee brothers bought the business from their father, established in 1951 and it has grown from a single-site operation to an 11-site national organisation turning over £3.2bn.

Bridge said: ‘We have a very loyal and hardworking team and availability for consumer credit has almost doubled since its low point in the recession.