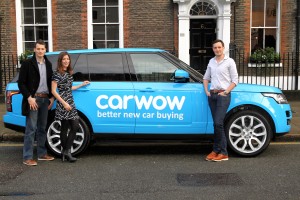 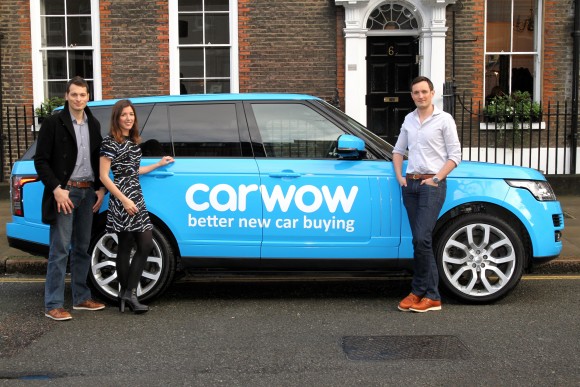 CARWOW hit a £2 million crowdfunding target in less than 60 minutes after offering customers and partner dealers chance to invest in the brand.

Its Crowdcube page went live at 11am yesterday following the company’s announcement last week that it was offering customers and partners an early opportunity to own a stake in the business.

More than 50,000 Carwow customers pre-registered for the link and the £2 million target was met by noon yesterday, from over 3,000 investors.

Customers and partners are able to invest from as little as £10, with tiered options to gain access to exclusive shareholder rewards – from merchandise to track days. The offer was exclusive to Carwow customers who pre-registered for the link for the first 24 hours, but is now open to all interested investors.

James Hind, founder and CEO of Carwow, said: ‘The interest has been overwhelming so far and we could not be happier that our customers and partner dealers recognise the value in what we’re doing and want to join the journey.

‘We are hugely proud of the unique proposition we have brought to market and are excited about the next phase in partnership with our investors, both existing and new on board.’

Luke Lang, co-founder and chief marketing officer of Crowdcube, said: ‘Carwow has inspired its community of incredibly savvy car buyers and dealers who genuinely believe in the team and its vision to make car buying better for people. With nearly 5,000 investors and counting, carwow is already one of the most popular raises ever with Crowdcube.’

Earlier this week, it was revealed that Carwow more than doubled its pre-tax loss last year to £15.856m after major expansion abroad.

In its annual report and financial statements for the year ended December 31, 2018, the online marketplace for new and used cars said the results reflected its ‘significant investment’ in expanding its operations in Germany plus entering the Spanish market and establishing a subsidiary in France – currently inactive. The company’s pre-tax loss for 2017 was £7.855m.

MORE: So vital we all work together, says Mazda boss after Car Dealer Power triumph