Carwow says the acquisition, for an undisclosed sum, will help its 12.5m users find a new car and sell their current one all in one place.

Chief executive James Hind, who appeared on a Car Dealer Live exclusive last June which you can see above, said: ‘Our partners have told us that they want better direct access to high-quality used car inventory and this acquisition will allow us to do just that quickly.

‘Wizzle is already powering over 1,500 vehicle sales per month, which we’re aiming to grow exponentially by integrating the service into the main Carwow platform.

‘We’re super-excited about the Wizzle team joining the Carwow family and look forward to rolling the service out in the UK and then Germany and Spain.’ 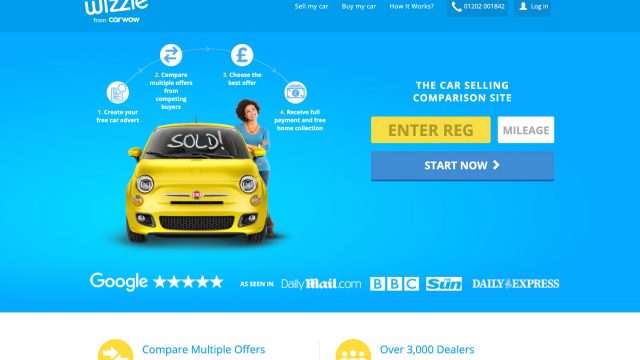 Wizzle was established by Sébastien Duval in 2012 and now has more than 2,000 dealers using its platform. People list their current car on it, compare offers from dealers and sell directly to their chosen dealer.

Carwow has had a ‘Sell Your Car’ feature for a number of years but it was only able to provide a single offer from one provider.

Now, because of Wizzle’s technology platform, it’ll be able to supply multiple offers to customers and prioritise offering cars to dealer partners directly.

CEO Duval said: ‘With Carwow’s reach, scale and the expertise of its 245-person team, we’re in pole position to build the biggest used car aggregator in the market, providing dealers with easier access to more in-brand, local and quality cars.

‘I can’t wait to combine our class-leading technology with the immense reach that Carwow has in the UK, Germany and Spain.

‘Our companies are two sides of the same coin, with the shared vision to deliver trust, transparency and high-quality services that gives dealers an advantage in the digital world.’

It comes the day after it was revealed that online used car marketplace Motorway had raised £48m in a second round of venture capital investment.

Carwow began life in 2016 and in 2020 £2.5bn of new cars were sold via the platform, with 79 per cent of buyers having a car to sell. It boasts more than 130 million views a month across YouTube, carwow.co.uk and the carwow app.

There are now plans to integrate the Wizzle used car selling service into Carwow’s new car buying service this week. 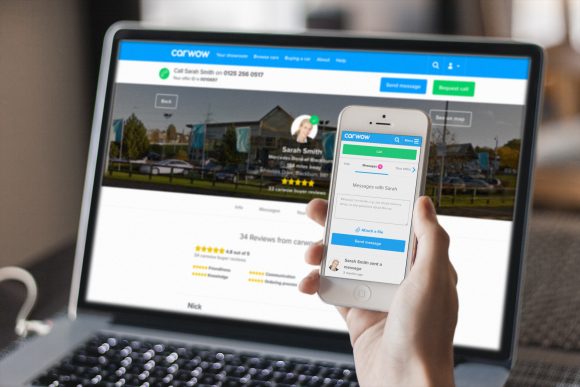 A new pricing model also means that dealers who are buying from and selling to the same customer will only pay for a new car inquiry.

Hind said: ‘We simplified our new car pricing model back in October last year, and our partners now only pay for the first inquiry they receive from a Carwow user.

‘As well as driving new car sales, our partners have also benefited from taking in part-exchanges at the same time and we don’t want to remove this benefit.

‘So if a dealer receives a new car inquiry that leads to a confirmed sale and they also bid on the same customer’s current car that they decide to purchase, they’ll only pay for the new car inquiry, which is just £38.’

He added: ‘Our partners now have the best of both worlds.

‘If they’re buying and selling to the same customer, they pay the same inquiry fee they’ve always paid. But if they want access to more used cars from a much larger pool of customers, they can log in and make an offer in real time.’

Fixed fees for buying a used car on the platform will start at £99.