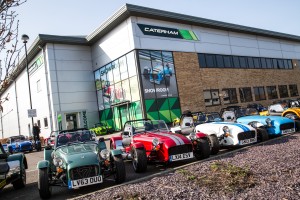 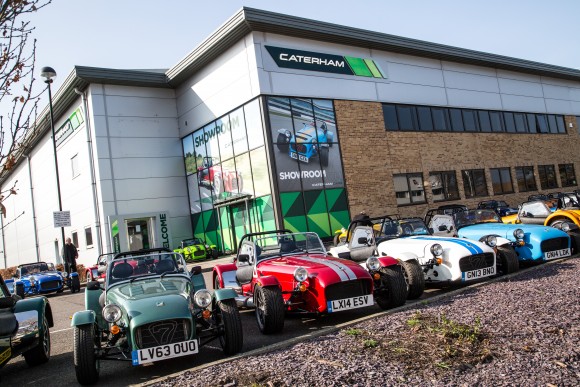 The event was attended by more than 550 invited Caterham owners and other guests, who were given the opportunity to view the marque’s complete range of iconic sportscars, including the recently-launched Seven 270, 360 and 420 models, and to experience the thrill of an F1-style tyre change in a live pit stop challenge. Caterham engineers were also on hand to answer questions in an entertaining Q&A. 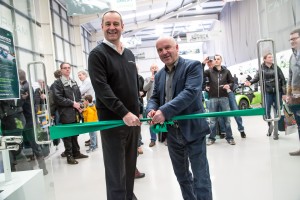 The new 25,000 sq ft premises in Crawley provide a one-stop shop for new and existing Caterham owners, including a  40-car showroom, and a hi-tech  six-bay servicing workshop.

Caterham Cars CEO Graham Macdonald said: ‘This is a landmark year for Caterham Cars. With the introduction of three new variants of the Seven, Caterham continues to create a thrilling driving experience for all sportscar enthusiasts, and we were very happy to see more than 150 Caterham owners with their Sevens attending this special event. 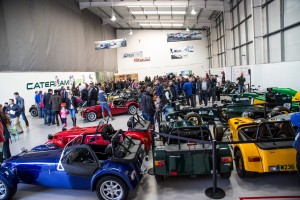 ‘Growing interest in our products has resulted in the largest single expansion in our history. Caterham’s Crawley showroom opens at an exciting time for the brand and I’m delighted to celebrate the occasion as we lay the foundations for further success in 2015..

Caterham showcased its entire range at the event, from the entry-level Seven 160 to the supercharged 620R, the most powerful production Seven ever built. 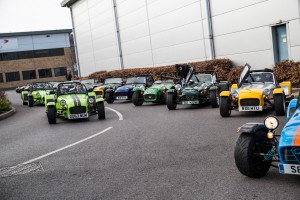 On superleaded.com – Reckless Runaway Pickup Driver Trapped By Mob Of Skilful US Police