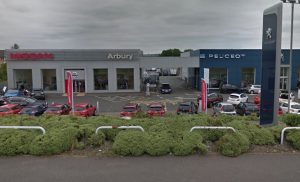 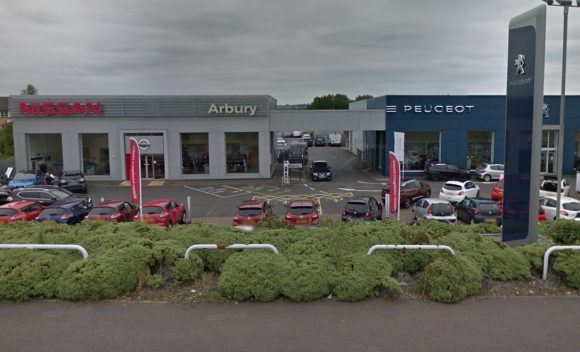 The Cathedral Motor Company – which trades as Arbury – saw its pre-tax profit drop from £3m to £2.6m last year although turnover rose from £132m to nearly £141m.

That was mainly down to a 6.7 per cent rise in the sale of used vehicles, while fleet sales went up by 4.9 per cent. New car sales, however, dropped by six per cent and margins overall fell by five per cent.

In their report, the directors said they still felt the results were ‘a very good trading performance given the market conditions’.

Established in 2000 with one Peugeot site, Arbury now has 15 dealerships across the West Midlands, Warwickshire and Staffordshire, having added Nissan, Seat, Skoda, Fiat, Citroen and Abarth to its portfolio over the years.

It took on a former Jaguar site in Stourbridge last October, which was converted to a Seat showroom and opened in the first quarter of this year.

The directors also highlighted the impact of the pandemic and lockdown, with Arbury’s service departments gradually reopening on a limited scale from the middle of May.

Showrooms reopened from June 1, and Arbury said business had ‘returned to some kind of normality’ by the end of July, with some 90 per cent of staff having now gone back.

It added that it had invested heavily in making sure everything was safe for customers and employees, but added that there were still ‘plenty of uncertainties’ over the new vehicle market for the rest of 2020.

However, the directors said they were confident that the company’s strong balance sheet and access to extra funding if needed meant it was in as stable a position as possible.