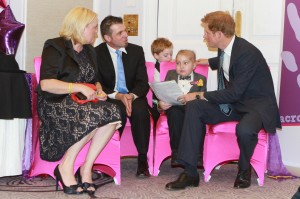 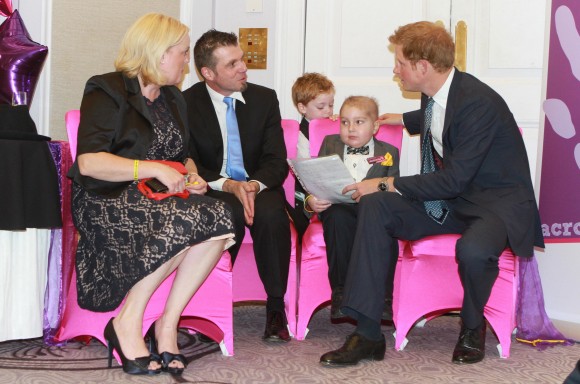 CCR MITSUBISHI gave its backing to a children’s award night which saw Prince Harry and a host of celebrity guests recognise the courage of children with serious illnesses.

The national charity WellChild held their tenth annual awards at the Hilton in Park Lane, London. CCR Mitsubishi sponsored the Inspirational Child Award for youngsters aged seven to 11, as part of an on-going relationship between the dealer group and the charity.

Rachel Hooley, 10, and Laughlin Whiteley, seven, were the winners on Monday night, and received their awards from TV presenter Vernon Kay and members of the dance group, Diversity, before meeting Prince Harry.

For Rachel, from Cramlington, Northumberland, a routine visit to her GP in early 2012 quickly led to her being admitted to hospital where she was diagnosed with heart failure. Her situation deteriorated rapidly; by 9 February 2012 Rachel’s life was in the balance as she waited for an emergency heart transplant.

During this time Rachel was an inspiration, dealing with a life-threatening condition with a smile on her face. Life after the transplant has been a rollercoaster ride of ups and downs. Despite this Rachel has made it her mission to raise money and awareness about the importance of organ donations. 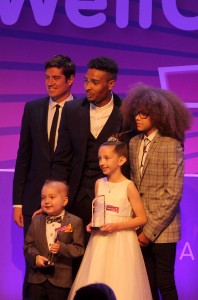 Laughlin, of Burnham-on-Crouch, Essex, has been fighting cancer since he was four. Whilst undergoing treatment for first a brain tumour, swiftly followed by AML leukaemia, Laughlin has helped other children cope with hospital through his own charity, which donates craft boxes and seaside days out as well as promoting stem cell donations.

CCR Mitsubishi, which has 11 dealerships across the south of England, provides two vehicles to WellChild, based in Cheltenham, saving the organisation thousands of pounds each year.

Tim Bagnall, Managing Director of CCR Mitsubishi, said: ‘We have a great relationship with WellChild and we are happy to help them in any way we can. When they told us they were hosting an award ceremony we were keen to be part of it and help pay tribute to the fantastic courage of these youngsters. We would like to congratulate Rachel and Laughlin, who truly are an inspiration to us all.’

Colin Dyer, WellChild’s Chief Executive, said: ‘The Awards are a perfect demonstration of WellChild’s commitment to helping as many seriously ill children, young people and their families as we can. They embody our aim of raising awareness of the needs of this group of children who are too often overlooked. Once again, we have been left inspired and in complete admiration for all of our winners who totally deserve this evening of special recognition.’

There are thousands of children and young people in the UK living with a serious or complex health condition. WellChild is the national charity working to ensure the best possible care and support for all these children and their families wherever they are and whenever they need it. For more information go to www.wellchild.org.uk.